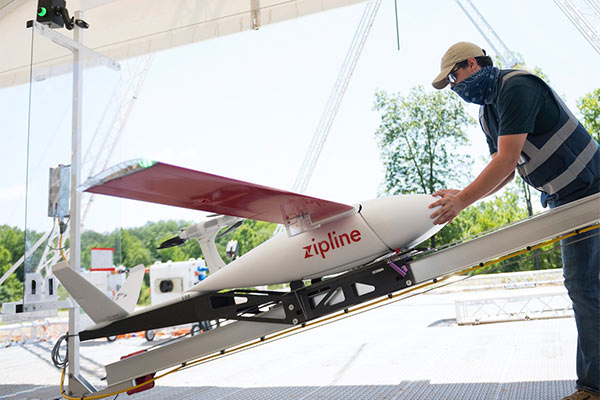 Toyoya Tsusho is a Japanese general trading company operating under the umbrella of the Toyota Group.

It will use Zipline drones to distribute medical supplies to pharmacies and hospitals across the Gotō Islands.

That thought is becoming increasingly realistic given the news this week that Toyota Tsusho Corporation and drone delivery giant Zipline have teamed up to launch automated, on-demand deliveries of medical supplies across Japan’s Gotō Islands. As part of the deal, Toyota Tsusho is using Zipline’s instant logistics system to make routine, commercial long-distance drone deliveries in Japan.

Toyota Tsusho is a bit of a complicated company, and it is closely affiliated with the maker of cars you know like the Corolla. Toyoya Tsusho is a Japanese general trading company operating under the umbrella of the Toyota Group.

Its main business is certainly supporting Toyota Motor’s automobile (Toyota Motor Corporation is its own company under Toyota Group), but Toyota Tsusho’s business is also pretty diverse, spanning industrial, commercial, and consumer sectors in business areas including industrial raw materials, agricultural products, and high technology. Now, you can add drones to that list.

With this week’s news, we see Zipline’s first delivery operations in Japan. The news also marks a slightly different operating model than what Zipline does through its other operation, which are primarily in developing countries including Ghana and Rwanada.

With this set of drone deliveries, Toyota Tsusho will actually conduct the operations itself, managing its own distribution center and flight services from Fukue Port. That makes the new Sora-iina’s Gotō distribution center the first Zipline outpost in the world to be operated by a partner.

The center will use Zipline drones to distribute medical supplies to pharmacies and hospitals across the Gotō Islands, including to remote and isolated areas. Like most Zipline deliveries, these will be relatively long-distance flights, entailing beyond visual line of site (BVLOS) operations up to 40 kilometers roundtrip.

This is not Zipline’s first time working with Toyota Tsusho. In fact, Toyota Tsusho invested in Zipline all the way back in June 2018. Previously, the companies ran a partnership in Ghana, where Zipline delivered medical products from Gokals-Laborex Limited (which is Toyota Tsusho Group’s pharmaceutical distributor) to hospitals across the country. The two companies entered a strategic operational partnership to bring drone delivery to Japan in March 2021.