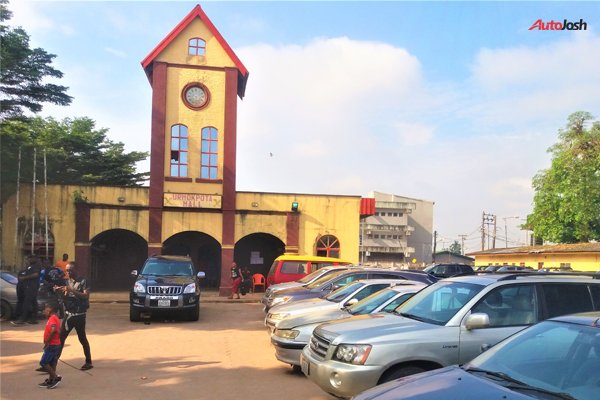 The Urhokpota hall is one of the most legendary architecture and event places in Edo state.

The hall was built in Benin-City in 1906. Crewe Reade, a Briton, and a senior administrative officer in the colonial District office in Benin conceived the idea to build the hall when he noticed that the spot always had an unusual crowds gathering to have an audience with the Oba of Benin. Thus, the Hall was built to accommodate and hear those who sort audience with the Oba.

The architectural design of the Urhokpota hall is a combination of a typical County town hall building common in Victoria time in Britain. It has an elevated semi pyramidal wall-Clock-House platform similar to those found in West Minster Abbey or the City Hall of Manchester In England.

The Urhokpota Hall  has played host to many important and historical events.

The Urhokpota Hall has been the venue for  many cultural festivals. For instance, the Midwestern State festivals of Arts and culture organized from 1964 to 1974 were done at the Hall.

It has hosted several conferences in the Old Western region. Meetings of  different Oba of Benin and their chiefs have been held there.

Most importantly, the coronation event for an Oba that requires public audience is done outside the hall.

The Urhokpata Hall has also been used as a campaign venue for notable politicians  such as Nnamdi Azikiwe, Alhaji Shehu Shagari, Obafemi Awolowo and so many other.

Currently, Urhokpota hall is now serves as  a car park for the public.  Motorists pay a fee to park their cars there. 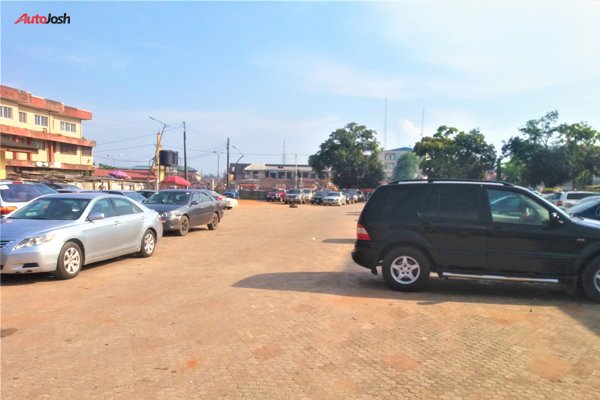 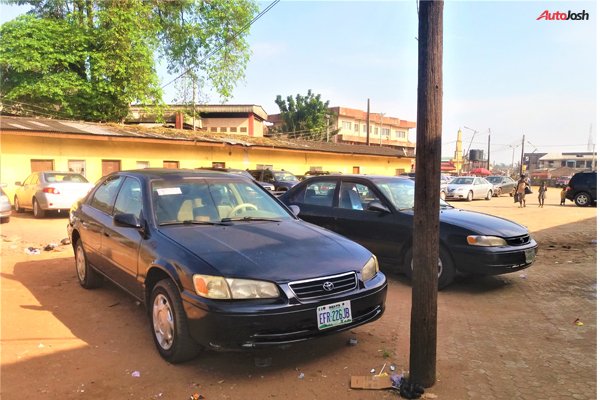 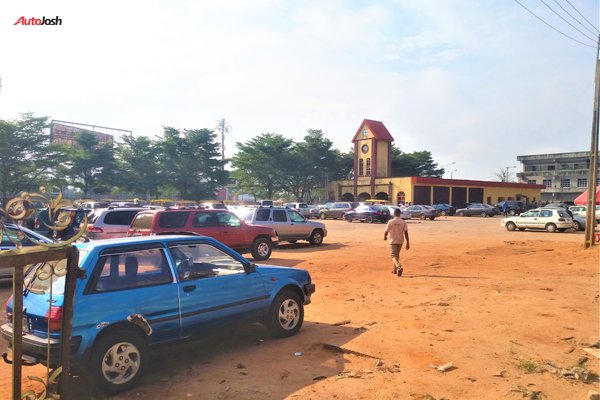 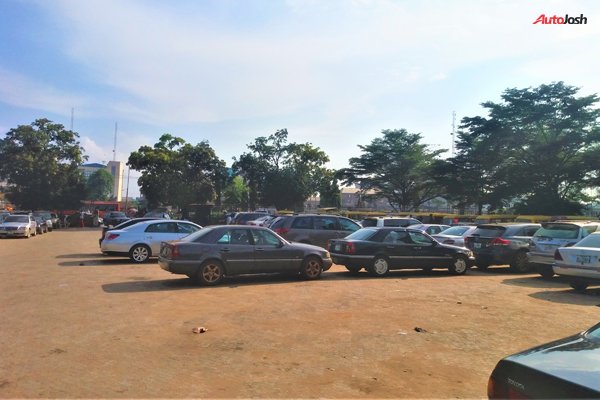 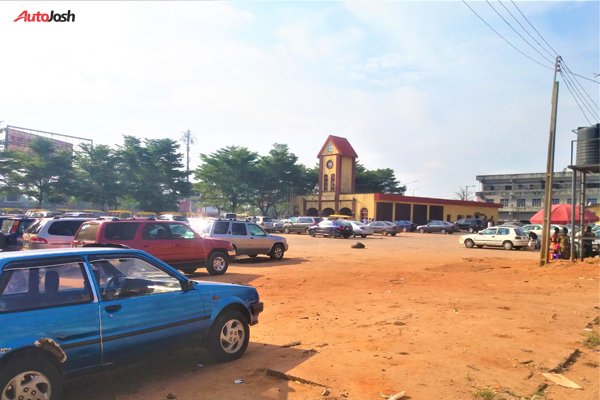 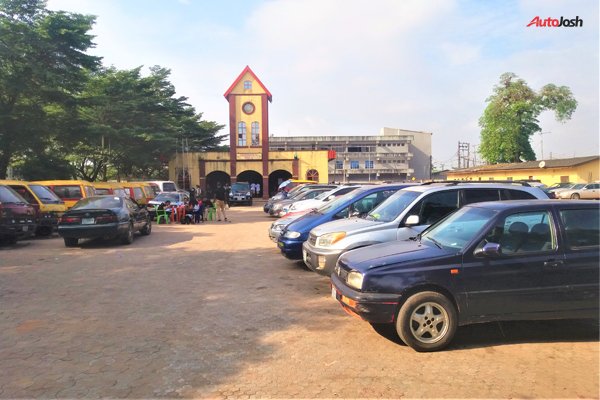 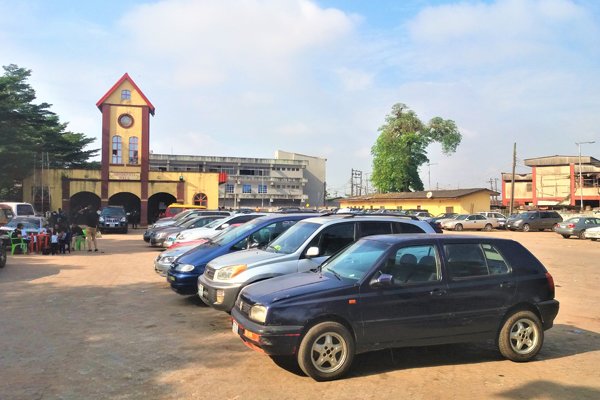 The Oba Akenzua Cultural Centre is centrally located in Benin City. It is located near the palace of the Oba of Benin.

The architectural designed was done by a Nigerian artist, Demas Nwoko.

The Oba Akenzua Cultural center is a notable venue for events such social events such as plays, weddings, symposia, concerts, etc.

The exterior design of this edifice draws it inspiration from the traditional Benin City aristocratic architecture, for instance, the colour imitates the local reddish clay in a cast sandcrete.

The shape of the structure, however, departs sharply from the rectilinear courtyard compounds of the Edo, favoring a semicircle that follows the curve of the theatre’s seating.

Nwoko originally designed the building as a University of Benin theatre in 1972. But the design would later be used by the state government for a civic center. The civic center was commissioned in 1993.

It seats between 200 to 700 people, depending on whether the forestage and orchestra pit are in use. The structure’s two stories accommodate highly pitched seating as well as two roomy hallways sometimes used for exhibitions.

In 2017, the Godwin Obaseki-led government made the Centre a temporarily  site for a motor park. This will be until a city-wide motor park would be constructed.

The hall environment has become a chaotic location. A market has sprung up on the grounds to service passengers, and the grounds and structure have deteriorated.

This may not be long-lived, for Oba Ewuare II called for its refurbishment during his announcement of the establishment of a Benin Royal Academy of Performing Art in 2017. 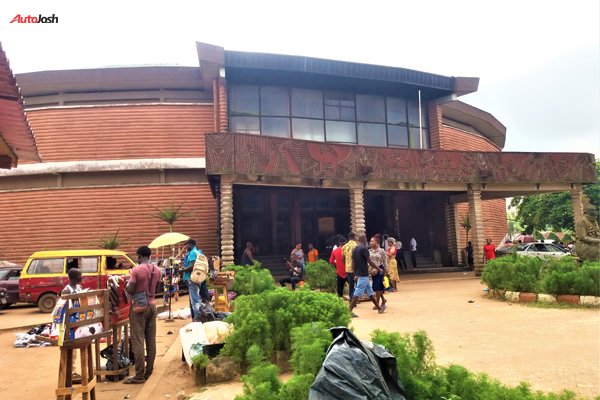 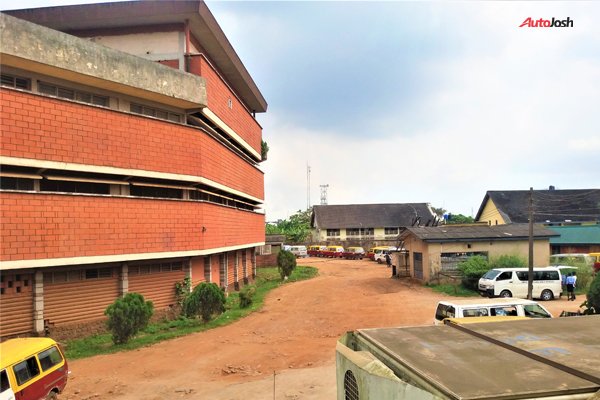 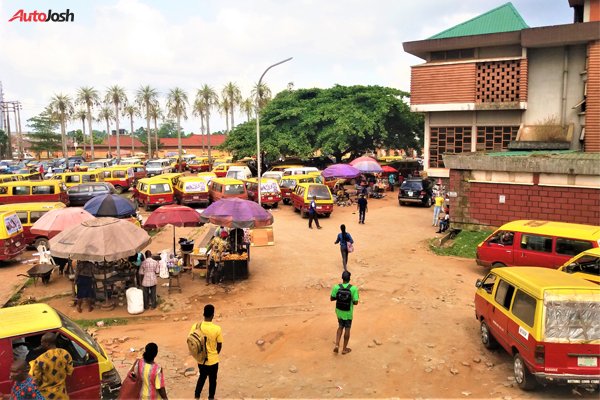 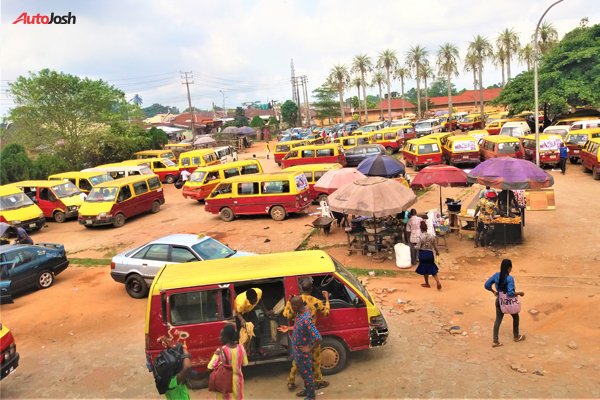 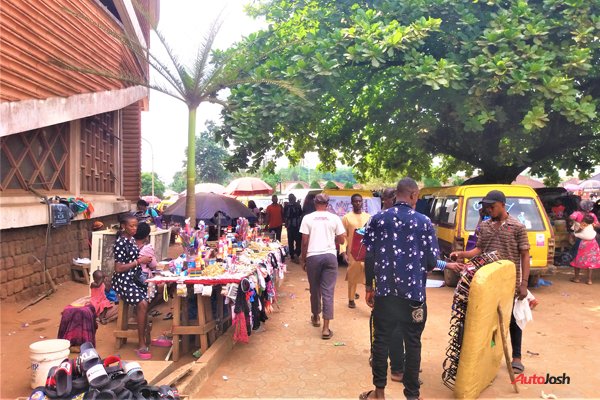 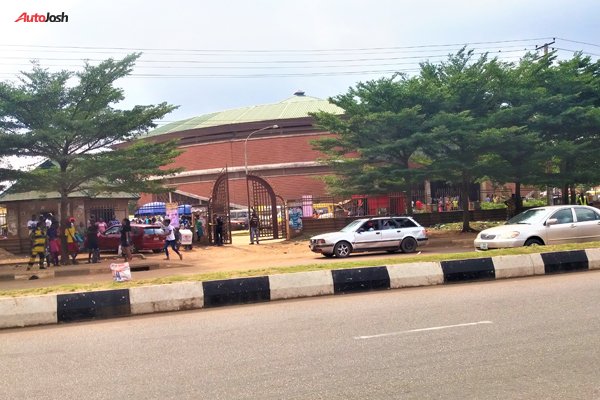 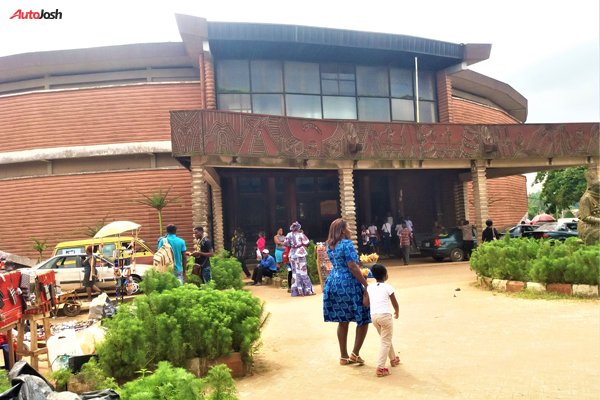