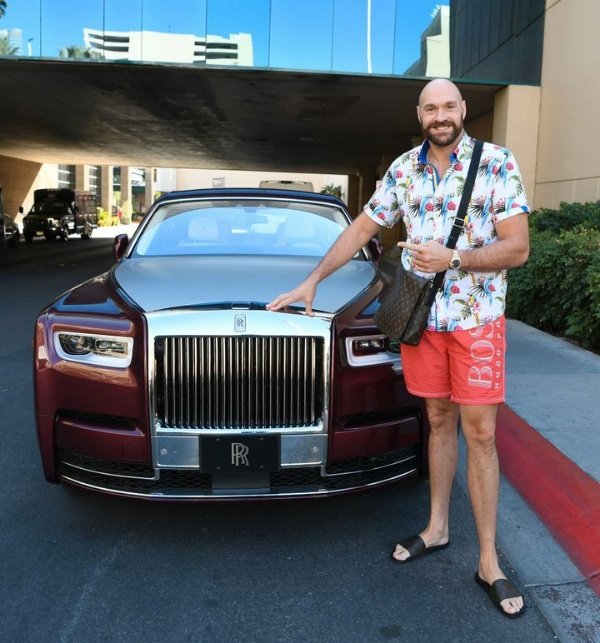 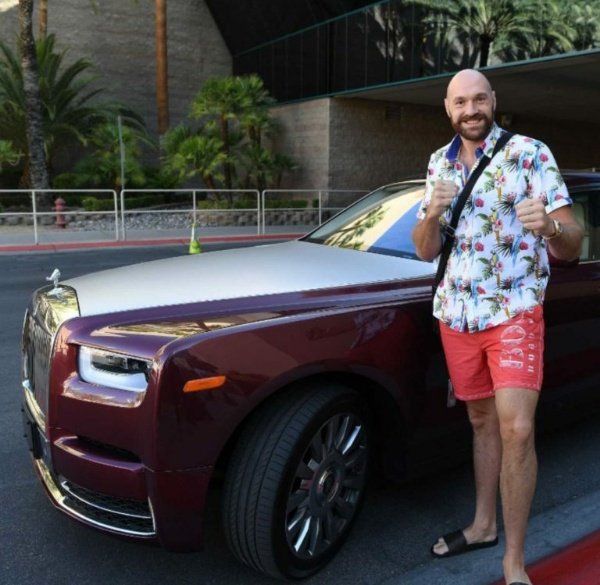 This is the moment Tyson Fury arrived at the official weigh-n for his championship fight in the pinnacle of Rolls-Royce cars, a brand new dark red and grey 2019 Rolls-Royce Phantom, worth a whopping $450,000 (or ₦162 million, excluding the cost of destination and clearing). 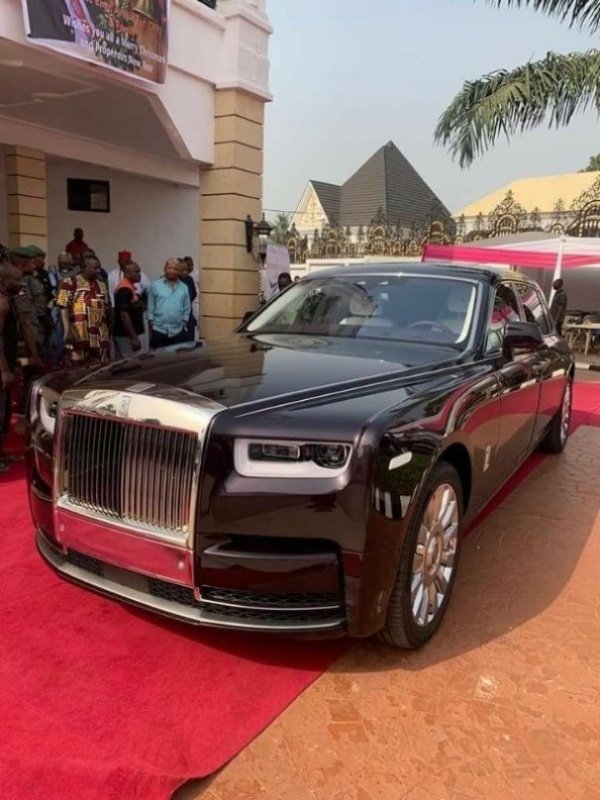 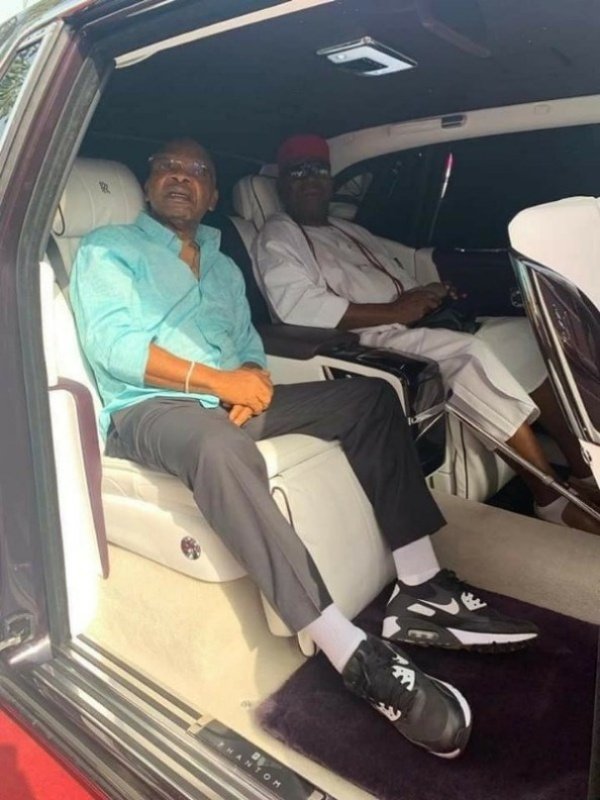 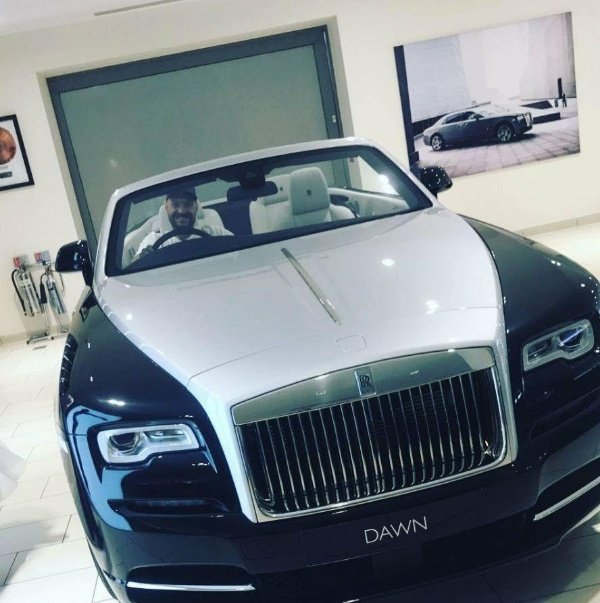 The new Phantom is one of several luxury cars in his garage. Back in 2018, Tyson Fury, who signed a £80m (₦35.9 billion) five-fight deal with ESPN earlier in the year, spent a total of £615,485 (₦276 million) on a three brand new cars, including the Rolls-Royce Dawn, Ranger Rover Sport SVR and a GTC4 Lusso Ferrari. The giant boxer also has another Rolls-Royce Phantom in his amazing fleets.