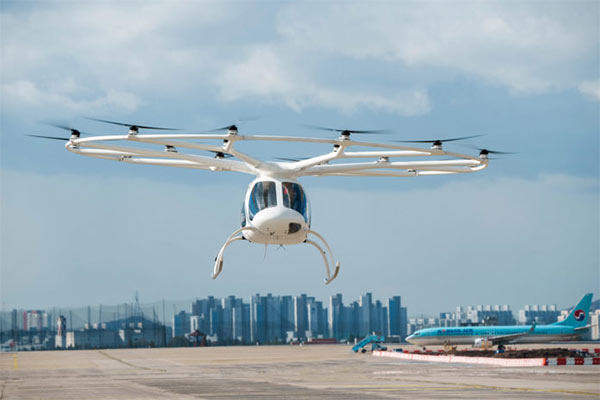 The 5-minute flight trial, performed during K-UAM Confex 2021, covered approximately 3 kilometers and reached a maximum altitude of 50 meters and a maximum speed of 45 km/h.

Volocopter, had on 11 November, completed a public test flight at Gimpo International Airport. It was the first-ever crewed public test flight of an electric vertical take-off and landing (eVTOL) air taxi in the Republic of Korea.

“We are very excited to have flown our air taxi in South Korea not once, but twice in the last week, which is great to increase public awareness on urban air mobility. As a new mode of transport, air taxis complement the existing mobility solutions and let people reach their destinations faster and more comfortably in megacities such as Seoul.”

Volocopter will next display its VoloCity to the public at the CoMotion LA event in Los Angeles, USA, and the European Rotors event in Cologne, Germany, both of which take place from 16-18 November.

Volocopter GmbH is a German aircraft manufacturer based in Bruchsal (near Karlsruhe) and founded by Alexander Zosel and Stephan Wolf. The company specializes in the design of electric multirotor helicopters in the form of personal air vehicles, designed for air taxi use.

FG To Prosecute Anyone That Damages Roads

KIA To Phase Out Combustion Engines In Europe By 2035