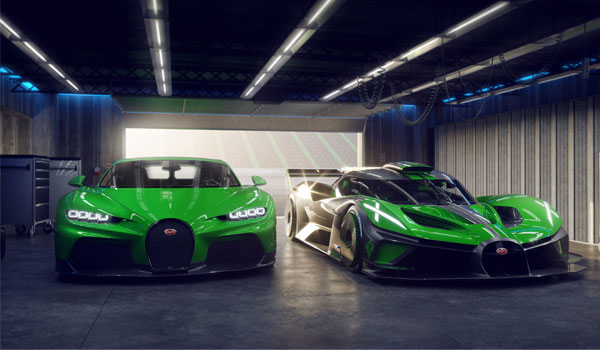 Bugatti revealed that all 500 Chiron units and all 40 Bolide units have been sold.

The final Chiron and Bolide models may be the last Bugattis powered by the massive 8.0-liter W-16 engine.

Future Bugattis will use electric powertrains developed in collaboration with Rimac, a Croatian automaker that merged with Bugatti last summer.

Bugatti’s Bolide concept appeared to be a flight of fancy, with Batmobile-esque styling and an 1825-hp quad-turbo 8.0-liter W-16.

However, Bugatti shocked the world last summer by announcing that it would go into production as a track-only hypercar with a still-bonkers 1578 horses.

Bugatti has now revealed that all 40 Bolides have been sold, with each customer paying approximately $4.8 million for the privilege of owning one of the company’s most radical models.

Bugatti also announced that the remaining Chiron production run has been sold out, with 110 wealthy customers placing orders for the street-legal hypercar.

The Chiron debuted in 2016 as the Veyron’s replacement, and it has since spawned several special editions, including the Super Sport 300+, which reached 300 mph on the Ehra-Lessien test track in 2019. Only 500 Chirons will be built in total, with 300 already produced as of last fall.

Bugatti claims that 60 percent of the 150 customers who ordered a Bugatti in 2021 were new to the brand.

Bugatti will shift its focus to an electrified future now that the Chiron and Bolide have sold out.

Rolls-Royce Will Unveil The Second £20Million Boat Tail In May