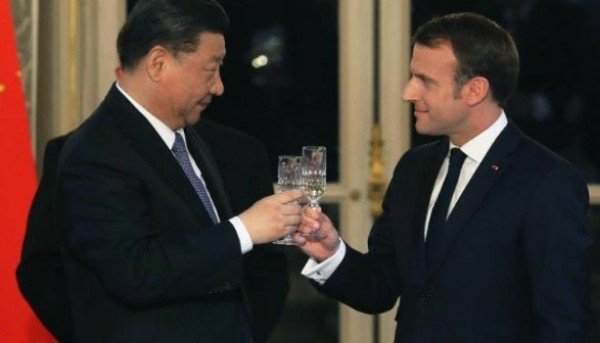 Chinese government is set to buy a total of 300 passenger jets from European aircraft maker Airbus as its US rival Boeing struggles after two deadly crashes involving its 737 MAX 8 aircraft.

The deal was signed during a visit by Chinese President Xi Jinping to France. Beijing’s order includes 290 aircraft from the A320 Family and 10 more from the A350 XWB line. The Airbus’ A320neo competes directly with the grounded Boeing 737 Max jets.

Airbus did not reveal the total value of the deal.But based on Airbus’ list prices, the planes are worth roughly $35 billion altogether.

The massive contract with the Airbus comes after Boeing’s bestselling 737 MAX aircraft were grounded following two fatal crashes in recent months. China was the first to suspend the aircraft operation.

Apart from the order for 300 aircrafts, the two countries also signed the total of 15 business contracts in sectors ranging from energy to shipping. France’s industrial equipment supplier Fives and the China National Building Materials Group inked a €1 billion ($1.13 billion) deal on cooperation in energy savings in developing countries.

Last week, Indonesian airline ,GARUDA, said it was seeking to cancel a multibillion-dollar order for 49 737 Max aircraft from Boeing.

“I hope the China-France friendship will last forever”

Is This The Future Of Mass Transit In Lagos State? (Hilarious PHOTO)