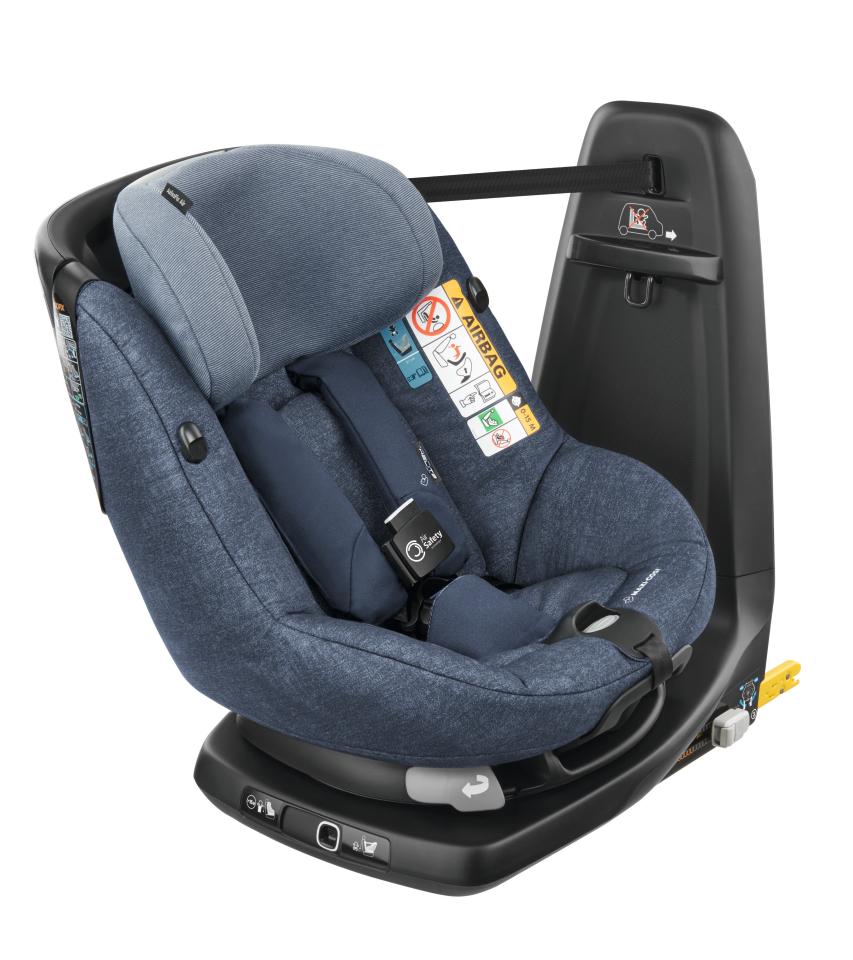 The world’s first child car seat with built-in airbags has being launched worldwide today,the 17th,Oct.It can detect a collision in less than a blink of an eye,protecting toddlers in the same way as adults.

Bags in the shoulder pads of the harness instantly inflates, then automatically deflates one second after impact.

The seat which can be used facing forward or backward also works in the front passenger seat, according to the manufacturer.

The £550($730)device more than halves jerking forces on the neck and head compared to other forward-facing car seats.

In a frontal collision children in forward-facing seats are at risk of severe spinal and neck injuries or traumatic ‘chin-to-chest’ strikes.

In a frontal collision, children in forward-facing seats are at risk of severe spinal and neck injuries or traumatic ‘chin-to-chest’ strikes.

Maxi Cosi‘s new ‘Air Technology’ uses an accelerator sensor and trigger installed in the back of the seat to set off a CO2 air cartridge.

This inflates a pair of small airbags around the child’s shoulders and chest.

The system detects a collision in 0.05 seconds,inflating the two airbags in the shoulder pads ‘within the blink of an eye’ to cushion the head softly.

In tests the seat reduced the forces acting on the neck vertebrae and the head in the case of a frontal collision by up to 55 per cent.

Maxi-Cosi’s new ‘Air Technology’ seat uses an acceleration sensor and trigger installed in the back that sets off a CO2 air cartridge, inflating a pair of small airbags around the child’s shoulder and chest area.It is suitable for children from four months to four years.

Andrew Ratcliffe, managing director of Maxi-Cosi, said:Cars are not designed to protect our children best. “That’s why we keep innovating to ensure that children are transported by car as safely as possible.

He said: “Successful applications in airbag technology gave us inspiration, such as the airbag jackets for motorcyclists and airbag seatbelts in aircraft that inflate during a collision.”

To develop a new standard, Maxi-Cosi teamed up with Helite,a French company specialising in mobile airbag technology.After many years of development and testing, a ground-breaking technology for the next generation of forward-facing car seats is the outcome.

The first child car seat that will include the airbag is the AxissFix Air and will be available in selected stores from today,Tuesday October 17