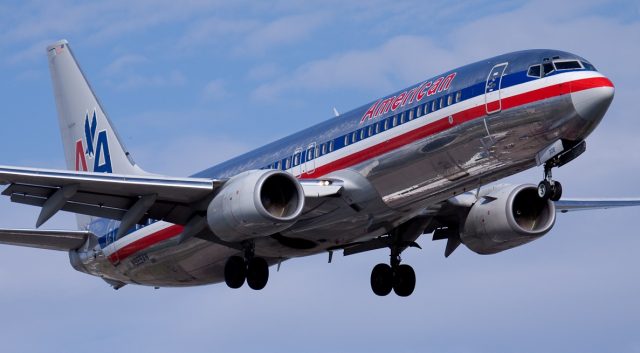 A report from valuation and strategy consultancy Brand Finance on the world’s most valuable airline brands has revealed that US carriers American Airlines, Delta Air Lines and United are the most powerful, even though their values dropped in 2017.

American Airlines is the world’s most valuable airline brand once again in 2018, despite its value falling by 7 per cent to $9.1 billion on last year. In second place, Delta has also been experiencing turbulence, down 6 per cent to $8.7 billion, while in third place, United is down 2 per cent to $7 billion. But this hasn’t been enough to knock them off the top spots. 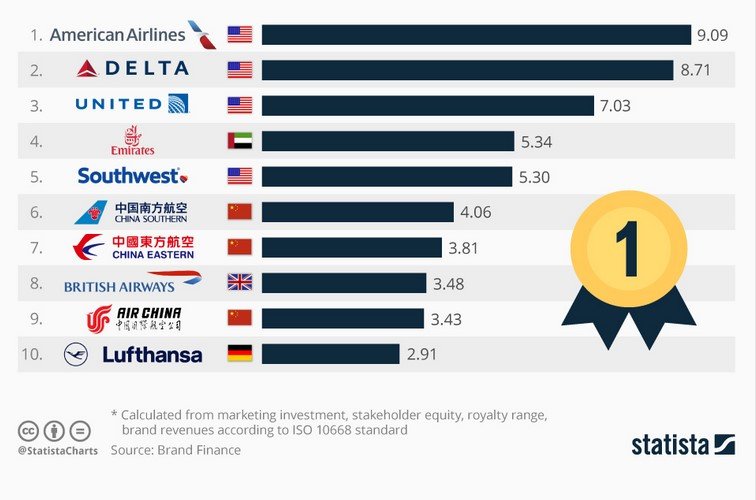 A statement from the company said: “The trio of big American airlines have each failed to grow their brand values as they suffered from a series of larger macro-economic challenges in a post-consolidation phase. In addition, they have been beset by higher fuel costs and a number of flight cancellations caused by storms.

You may also like: The World’s Biggest Passenger Airliner Lands In Ghana. First To Land In West Africa

“Meanwhile, the rise of social media has allowed unhappy customers to share a number of stories that have spread virally, but this does not appear to be causing significant long-term damage to airline brands.”

Over in Europe, Lufthansa has entered the top ten with a 29 per cent brand value increase to $2.9 billion. Brand Finance said: “Lufthansa benefited from a contraction in airline capacity caused by the collapse of Air Berlin, which reduced the competition that the brand faced in central European markets. These broader issues combined to boost the Lufthansa brand, which represents a bounce back from difficulties in 2015 and 2016, when the airline experienced a significant fall in consumer sales.”