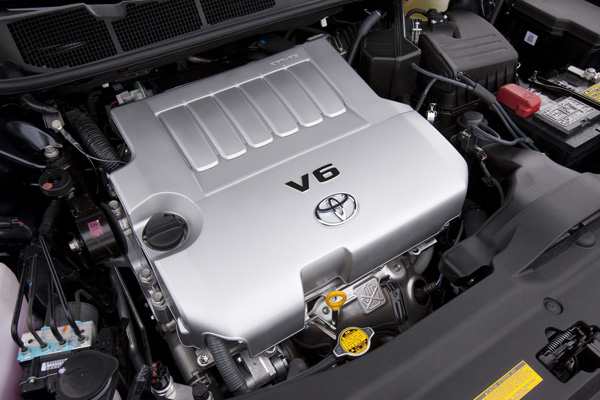 The 2GR-FE engine is a 3.5-liter V6 gasoline engine and was introduced in 2004. For years now, it has been the popular choice for mass-produced Toyota and Lexus cars like the Camry, Avalon, Highlander, Rav4, ES350 and many more. The engine is an answer to Toyota’s quest for smaller displacement, light weight, naturally aspirated engine which can still generate much power.

Another good thing about this engine is that it’s not just reliable; it is an engine built to last.

The 2GR-FE engine came as a replacement for the 1MZ-FE V6 engine found in many Toyota and Lexus cars too.

One of the amazing technologies that come with the engine is the oil jets which spray oil on the pistons and reduce their temperature. The engine has double overhead chain-driven camshafts and the valve timing is equipped with Toyota’s Dual VVT-I system.

From our researches, car owners fitted with this engine have reported over 200,000KM trouble-free operation for a well maintained engine. Yet again, since it uses timing chain instead of timing belt, you don’t have to worry about frequent timing belt replacement.

Even though this engine is highly glorified, it still has its bad sides. We all know nothing is perfect. One of the problems reported about this engine is oil leak from the oil tube in the VVT-i system.  This was a common issue for the 2GR-FE engines before 2010. Toyota claims to have resolved the issue for cars later than 2010.

Have you had a major challenge using this engine in your car? Kindly share these experiences with us using the comment section below.