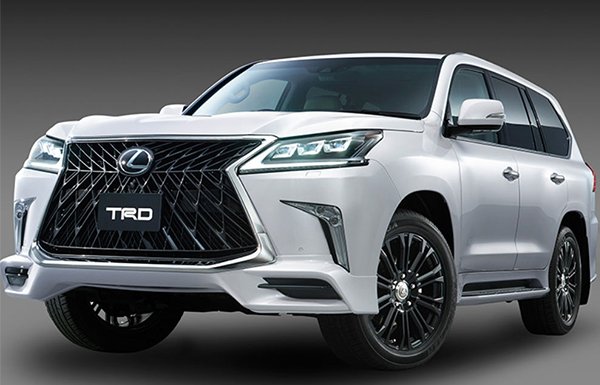 We all know Lexus as a luxury vehicle division of the Japanese car maker Toyota. But there are some more facts about this luxury brand.

So we present to you 9 Lexus facts you need to know.

The luxury Lexus brand is owned by Toyota.

The original slogan of Lexus is “The Relentless Pursuit of Perfection”. It’s been changed and the current slogan is “Experience Amazing”.

The former CEO of Ford, Alan Mulally, admitted to driving a Lexus LS while still in charge of the rival manufacturer. After doing extensive research, he found that this Japanese model was the best car in the market!

Lexus was created after the Toyota President Eiji Toyoda made a decision to launch a new brand of luxury cars for the American market.

The brand name would have been Alexis. Alexis was the most preferred out of 219 names on the final list of names. However, the name was dropped at the last minute because it seemed too similar to Alexis Carrington, the character of a popular TV series in the ’80s “Dynasty”. Hence, the brand name was changed to Lexus.

Lexus was not available for sale in it’s home country “Japan” for about 16 years.. until 2005. The brand was only launched in the Japanese market after its tremendous success all over the world.

The 4.8-litre V10 used in the LFA is reported to weighs less than Lexus and Toyota’s 2GR 3.5-litre V6 – but creates twice the horsepower.

The tachometer of the LFA had to be digital, as an analogue one won’t keep up with the speed of the engine.

What facts thrilled you most ?.