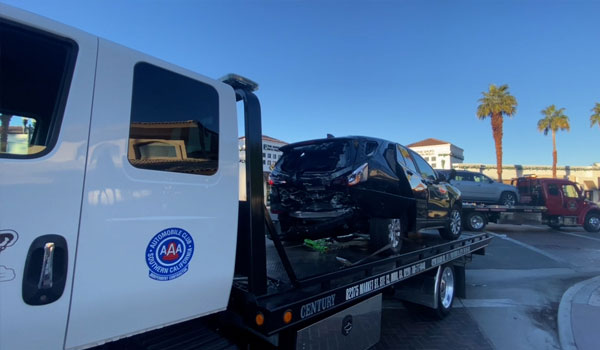 The accident occurred in in Palm Desert on shortly after 2:30 p.m. on El Paseo and Ocotillo Drive.

Officials have confirmed that the crash was caused by a stolen vehicle driven by three juveniles. The ages of whom have not yet been released. 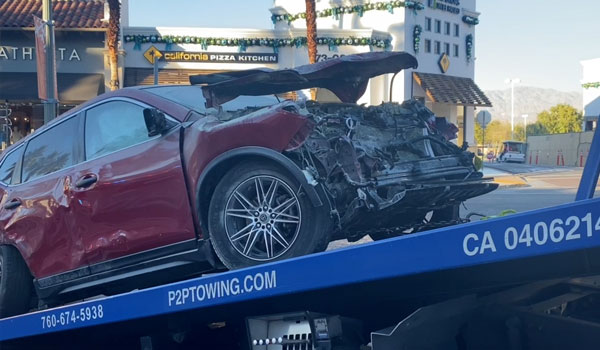 They were apprehended and will most likely be released to their parents tonight.

The stolen vehicle was discovered in Palm Springs on Sunday morning, after it was stolen in La Quinta on Saturday.

Officials said the other people involved in the crash were only minorly injured, but they have yet to confirm how many people were in the other vehicles. 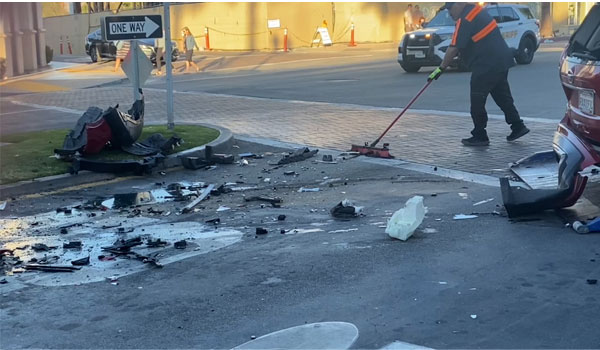