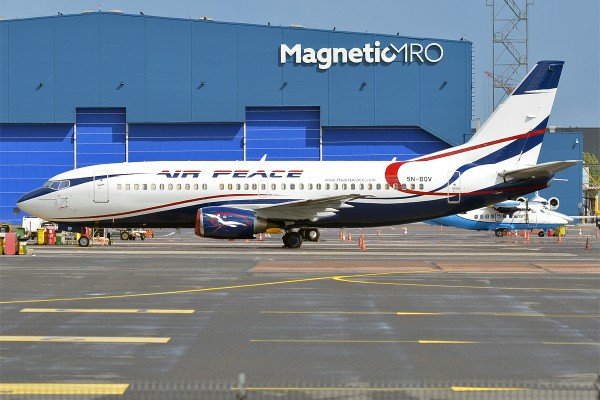 A passenger with Air Peace, Mr. Christopher Aniagboso, was yesterday de-boarded by the airline over claims that he could not communicate in English during safety briefing.

He told the cabin crew to translate the safety briefing for passengers in the over-wing exit seats in Igbo language and not English as is the standard.

Air Peace spokesman, Mr. Chris Iwarah, said that other passengers around him offered to translate what was being said in English to him, but he insisted that the crew must brief him in Igbo language.

Besides, Iwarah said that efforts to relocate the unruly passenger from his seat to the other proved abortive despite the intervention of the cockpit crew.

He, however, said that the passenger who had earlier on May 12, 2019 missed his morning Lagos-Owerri flight was communicating to its ground staff in fluent English, but later showed up for the afternoon flight in good time and was issued an over-wing exit seat on request .

He insisted that his antics of not being able to communicate in English were meant to delay the flight.

Iwarah declared that his de-boarding was necessary in a bid to guarantee the safety of its crew and customers and said it would not tolerate an act that would jeopardise safety on any of its flights.

“The captain of the flight, who was eventually briefed on the development, also did everything to secure Mr. Aniagboso’s cooperation to no avail. At this point, our crew members were left with no other alternative than to advise Mr. Aniagboso to disembark to enable the flight depart.

“All through Mr. Aniagboso interaction with our ground staff, he communicated in fluent English. So, his claim of not being able to communicate in English at the point of the safety briefing was meant to disrupt and delay the flight.

“Air Peace takes pride in promoting the use of all local languages on board our flights without discrimination. We encourage our crew to speak the local language whenever it is possible to do so. But we do not allow passengers with ill motive to disrupt our flights and endanger the safety of our esteemed customers and crew.

See The Environment At Tin Can Island Port (PHOTOS)