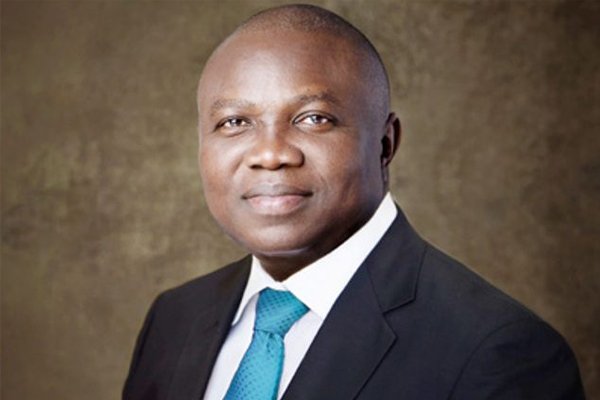 It is no new thing that the traffic laws in Lagos state have been severely eroded. People now drive the way they like without observing the laid down traffic laws. If you take a serious look into the matter, both private vehicles and commercial vehicles neglect these laws. Even pedestrians are not left out. The negligence of these traffic laws have caused a lot of disorganization on Lagos roads. in addition to that, it also gave birth to the ferocious traffic in Lagos.

Mr Akinwunmi Ambode, executice governor of Lagos state, on Sunday gave an order to the Lagos State Traffic Management Authority (LASTMA) and all other relevant traffic and security agencies to henceforth strictly enforce the provisions of the State traffic laws to bring about sanity on the roads.

“For Lagosians, it is very clear that government will not continue to fold their arms and allow our officers to continue to be in areas of danger. First, I will appeal to all of you that we must obey traffic laws. Secondly, we cannot turn this state into a state of lawlessness. So, from this moment onward, all our security agencies and also all the officers that are concerned have been directed to discipline any traffic offender that is arrested.

“Government will go down and deal squarely with any traffic offender from this moment onward. We cannot allow people to continue to commit offences for which we need to discipline for. We don’t want people to take advantage and say this is Christmas or election period, we have majority of our people to protect and we have the majority of our people to also make sure that they use the roads safely. So, we will not allow traffic offenders to go scot-free anymore,” Ambode said.

You may also like: 10 Traffic Laws In Lagos That The Government Failed To Enforce

In addition to the above, he added that aside the Mobile Courts, Police officers have been increased to patrol the nook and cranny of the State to ensure security and free-flow of traffic.

According to the incumbent governor, “We have also directed the Attorney General and also the Ministry of Justice to increase the number of Mobile Court to twenty immediately and traffic offenders will be tried instantly on the spot and where the case is that we might not allow offenders to take that option of fine, we will send them to community service or make sure that our Magistrates take the hardest part of the options so that they will act as deterrent to others that are complying with the rules and regulations of traffic and everything that we have on the roads, as we proceed.

“I want to also let Lagosians understand that we have increased the number of police officers that we have deployed to all the nooks and crannies of the State and we assure everybody that we will enjoy a crime-free holiday and also a crime-free elections in this State, while police officers have also been directed to compliment the efforts of traffic officers and also to ensure that the streets are safe and everybody that is law abiding goes about his or her business without any fear and molestation,” he said.

He also sympathized with with LASTMA over the killing of one of its officers, Mr Rotimi Adeyemo, Governor Ambode said the incident was one too many, revealing that a total of 18 officers were lost to such unfortunate situations, and 24 permanently incapacitated in various hospitals in the last one year.

“Just last week, we lost one of our LASTMA officers in the person of Rotimi Adeyemo who met his untimely death while controlling traffic. So, I have come here on behalf of government to commiserate with all the LASTMA officers in their office. Now, I want Lagosians to understand something and that is as at today, we have lost eighteen LASTMA officers while performing their lawful duty on behalf of the State, and another twenty-four are permanently incapacitated in various hospitals just this year alone as I speak.

“We have not been churning out this data just because we believe Lagosians will understand that these men and women that we put on the line of duty are harmless and they don’t have anything to protect them than just traffic laws which they are enforcing.

“This is a sober moment for us but again I need to encourage and further appeal to all our law enforcement officers, most especially LASTMA officers that this government is with them and we would do everything to protect their lives and also create an atmosphere to allow them to do their work properly,” the Governor said, just as he announced the approval of N10million compensation to the family of the deceased officer.

Have you read How to File a Complaint against an FRSC Official?

Let’s all hope the traffic laws are enforced as the governor  ordered.