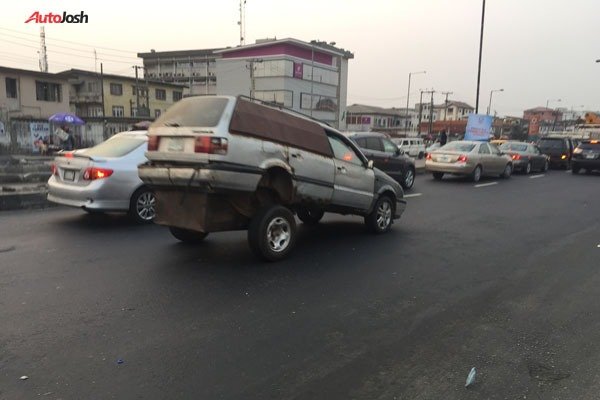 This Strange-Looking Car Was Spotted On The Street Of Lagos 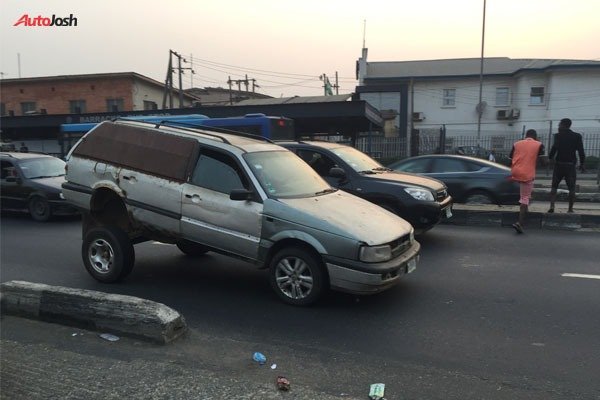 This awkward-looking car was recently spotted on the street of Lagos.

The vehicle features a weird design which makes it is rear unusually elevated. This was achieved by giving the car’s suspensions an extreme lift. Thus making the rear end of the car a lot higher than the front end.

These sort of vehicle are not actually strange on roads in Lagos, or other international border town communities in Nigeria.

In our local parlance, these vehicles are called “F’ayawo”.

Fayawo is a Yoruba word to describe smuggling. Literally, it refers to crawling on your chest, something like dodging.
So, the word is used to connote smuggling.

Smuggling refers to the clandestine transportation of goods or persons past a certain point, or across international borders, in violation of applicable laws or other regulations. It is also defined as an act of importing or exporting goods illegally. 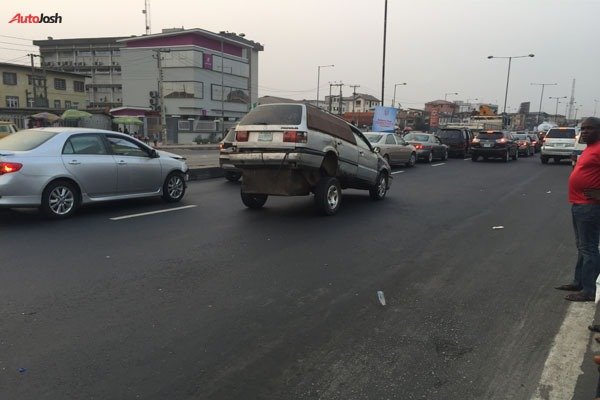