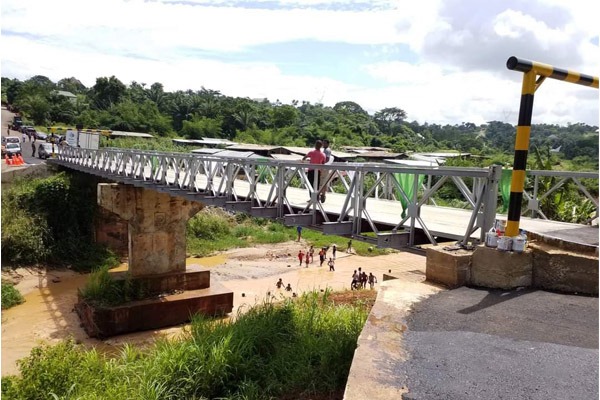 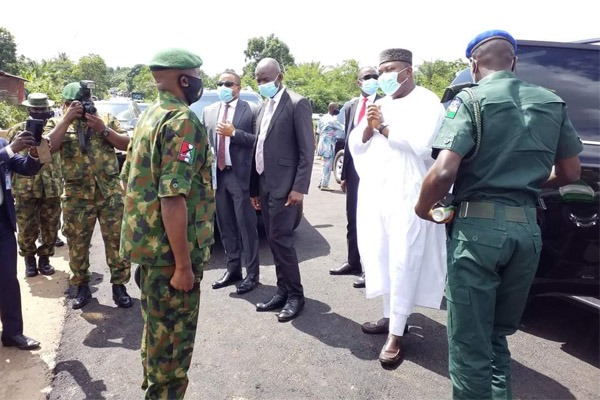 The contract for the construction of the bridge was abandoned since 1999. The contract was later awarded to the 82 Division of the Nigerian Army Engineers by the current Enugu state government.

Present at the inauguration ceremony was the former governor of old Anambra state and senator who represented Enugu East Senatorial District, Senator Jim Nwobodo. According to him, Ugwuanyi has wiped away his tears by constructing the bridge.

Speaking further, Sen Nwobodo said that he was delighted that Gov Ugwuanyi has actualized the long-held dream of his community, a feat that past governors could not accomplish”

Senator Nwobodo who was accompanied to the event by his wife, Pat, also commended Gov Ugwuanyi, for entrenching peace and good governance in Enugu state. 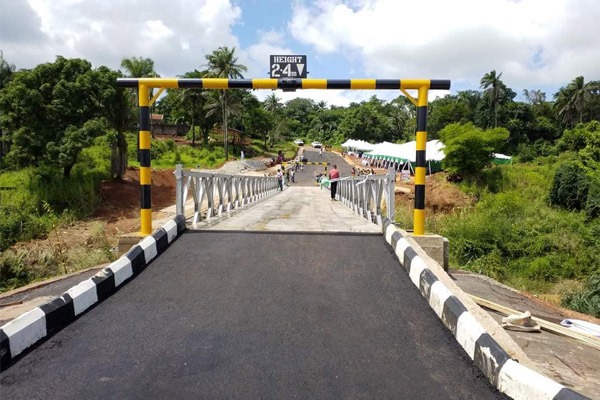 He pointed out that the existing peace in the state has brought security and rapid development, especially in the rural areas, saying: “Thank you (Ugwuanyi) for this great honour you have done to me. I thank you for wiping away my tears”.

His words: “Since 1999, I have never been to Enugu and stayed more than two weeks. But since this governor came, I have been in Enugu for the past six months. This is because of the peace he has entrenched.”

Gov. Ugwuanyi stated why his administration was compelled to construct the bridge. He said it was because of the need to unlock the tremendous opportunities for the benefitting communities. Which is in line with the state government’s rural development agenda.

The governor disclosed that his administration: “Made a deliberate choice of awarding this project to 82 Division Army Engineers. This is owing to their rich history of competency in the delivery of resilient Bailey Bridges”. He added that “the event of today evidently justifies this procurement decision”.

Also present at the commissioning include the General Officer Commanding 82 Division of the Nigerian Army, Maj Gen Lasisi Adegboye, 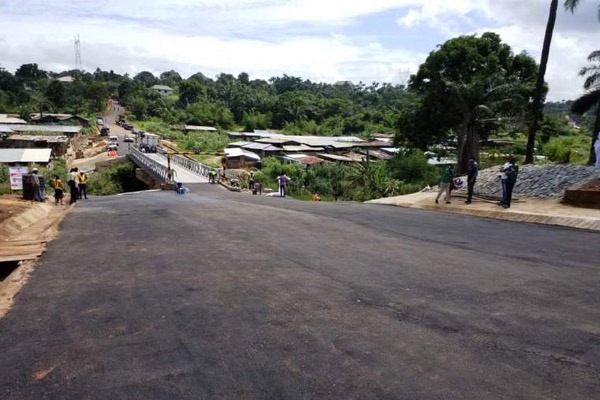 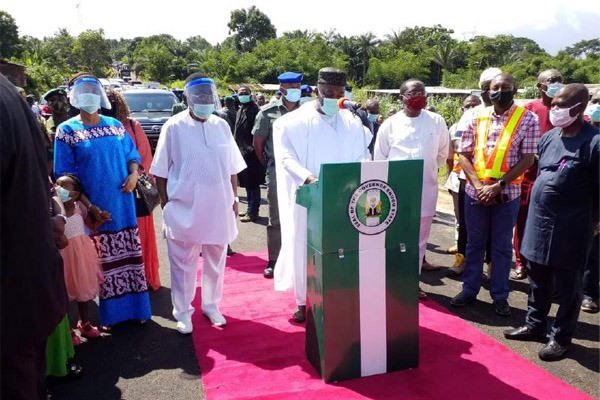