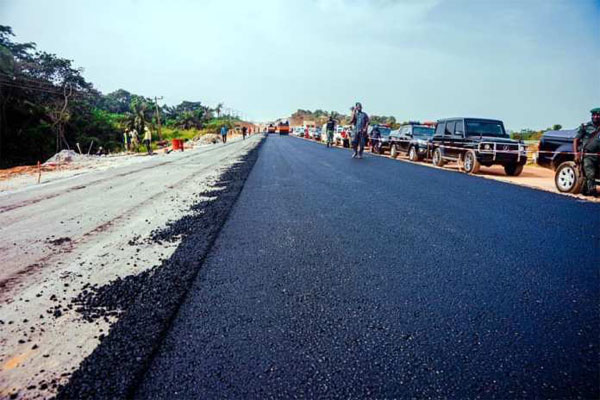 The freshly restored Ijebu Ode/Epe expressway in Ogun State is set to be inaugurated by President Muhammadu Buhari in December.

This was revealed by the Ogun State Commissioner for Works and Infrastructure, Mr Ade Akinsanya, while touring some of the Prince Dapo Abiodun’s administration’s infrastructure projects with members of the Nigerian Society of Engineers (NSE) and the Council of Registered Engineers of Nigeria (COREN).

The 14-kilometer route, according to Akinsanya, has already been equipped with security posts, street lights, toll points at both ends, and other road furniture, while the flyover on the Sagamu-Benin expressway connecting Ijebu-Ode is almost complete.

He also stated that the Gateway Citygate, which is part of the Sagamu-Papalanto/Abeokuta Interchange project, is nearing completion.

Mr Ahmed Apampa, the state’s previous chairman of the National Stock Exchange, praised the governor for transforming the state into an industrial destination of choice.

“We have no doubt that this will contribute significantly to the economic development of our dear state,” he added. “In fact, the governor has done an outstanding job in transforming the state into the country’s economic centre, particularly through infrastructure development.”

Apampa asked the governor to keep his oars in the water and move through with all current initiatives, including those left over from the previous administration.