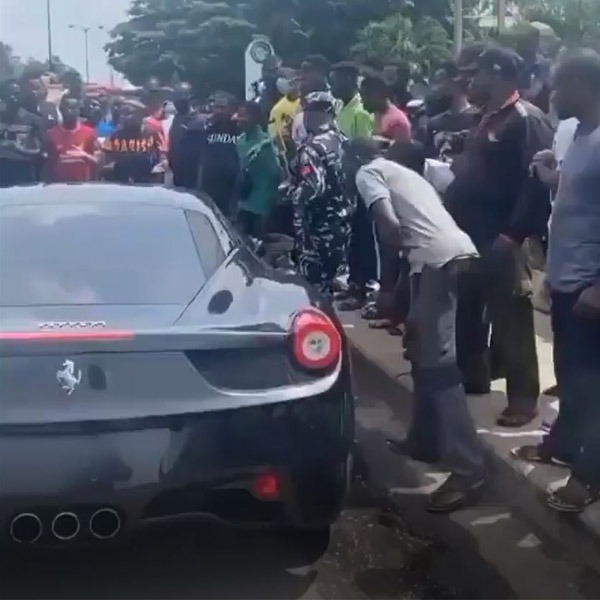 Superstar Nigerian musician, Burna Boy, recently got some of his fans happy. 458 Italia

This happened when the International act pulled up in his 2013 Ferrari 458 Italia and gave out cash gifts to some area boys on the street of Lagos.

The self-acclaimed “African Giant” appeared to have been driving through a street in Lagos and stopped. A cluster of area boys spotted him and surrounded his car.

Shortly after, Burna Boy beckoned on one of them and handed over a wad of N1000 bills to him. The singer instructed the person to ensure that the money goes round for everyone present. 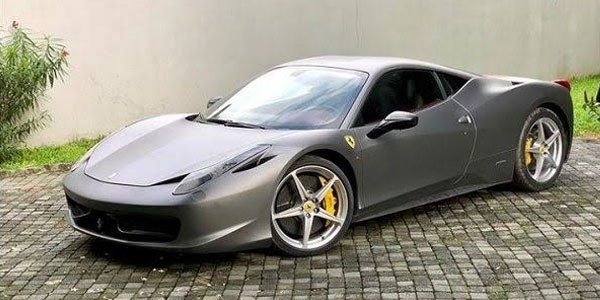 The 458 replaced the F430 and was first officially unveiled at the 2009 Frankfurt Motor Show.

The 458 was described as the successor to the F430 but arising from an entirely new design, incorporating technologies developed from the company’s experience in Formula One.

The engine features direct fuel injection, which is a first for Ferrari mid-engine setups in its road cars.

The only transmission available on the 458 is a dual-clutch 7-speed Getrag gearbox, in a different state of tune shared with the Mercedes-Benz SLS AMG.

Related Topics:Burna-boy-CarsBurna-boy-ferrariFerrari 458 Italia
Up Next