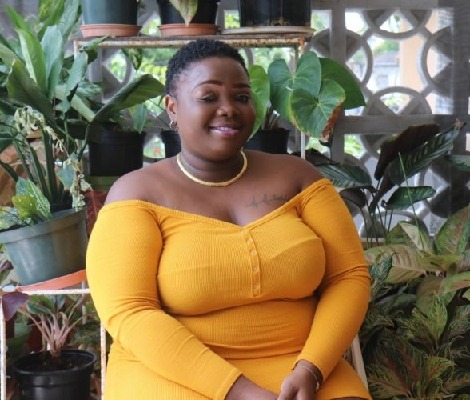 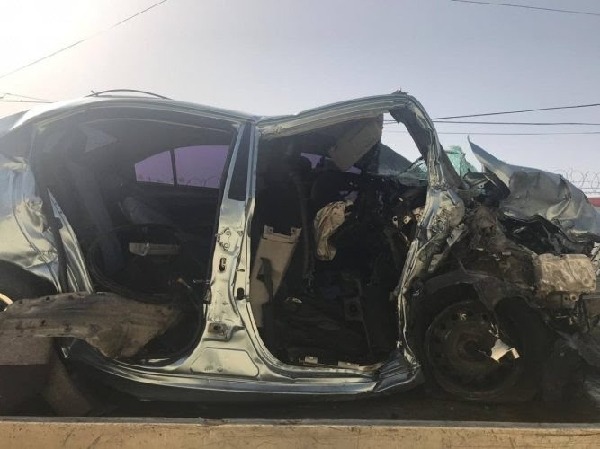 Image of the car Deana-Ray Clayton was travelling with at the scene of accident. The accident also claimed the life of a friend and left two others nursing serious injuries

An incidence which was reported to happen two days ago involving a Jamaican woman who goes by the name Deana-Rae Clayton Spoke a new accent and became left handed after a car accident that took her to coma.

One year ago, 33-year-old Deana-Rae Clayton was an all-Jamaican woman with a rich island accent. However, after partying with her friends in Negril, a horrible car crash almost sent her to a world of no return, claiming the life of a friend and leaving two others nursing serious injuries. This accident sent Clayton to coma for for some days.

When Clayton first awoke from a coma two days after the accident, she found herself speaking with an American accent, which gradually changed to a British accent months later. Doctors described the phenomenon as foreign accent syndrome – a speech disorder that has caused a sudden change to her native tongue

This accident also resulted into her becoming physically challenged and blinded in her right eye with a memory loss.

“In the accident, my head trauma caused a stroke and that gave me brain damage,” explained Clayton, whose upbeat spirit and zest for life has not been devalued by her traumatic experience as she steadily tries to piece her life together again”She said.

“The swelling that the brain damage caused is between my language and motor skills, so my accent has changed and I am now left-handed instead of right-handed. I am unable to speak the Jamaican accent now,” she told The Sunday Gleaner, adding that her life will never be the same again.

“I’am still learning to walk. I cannot walk without any aid. Even turning on the bed is a struggle for me,” Clayton said. “I spent one month in the hospital and I’ve done four surgeries. My entire life has changed because I can no longer work a 9 to 5.”

They said it would take one to two years in terms for me to recover to a point that I will be able to walk like nothing happen. However, because of COVID-19 and the delay in my left femur healing, that’s now looking like three to four years,” she revealed.

According to her, she also narrated how her mom took care of her to the point she is now And within six to eight months, Clayton had recovered to the point where she could bathe and dress herself and move around with assistance

She hopes that she will be able to walk by herself without support by the end of the year.

A word of motivation from her: “If at any point you have your own trauma and you feel like ‘Why me?’ and ‘God is punishing me’, He is not,” she said. “He is building you up for something better … . The reason may be unclear, but eventually, you will see why it is it that you went through the trauma in order to be better at whatever results you get.”