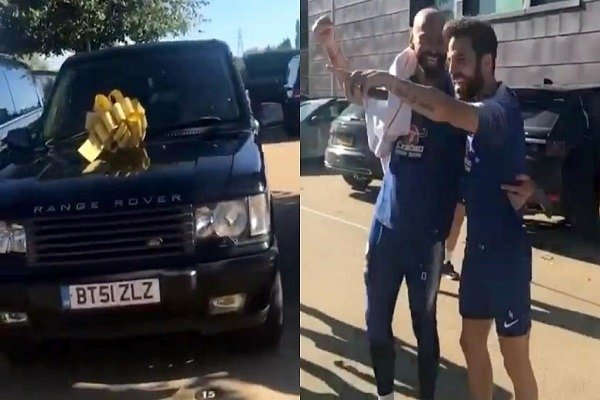 Cesc Fabregas Soler is a Spanish professional footballer who had played for Chelsea Football Club. When he was still in Chelsea, he made a bet with the Chelsea FC goalie – Willy Caballero – during training. He promised to buy him a Range Rover if only he can save his penalty kick.

Cesc Fabregas took to Twitter to tell the story of what happened in 2018. Even though he lost the bet, he cleverly cleared his debt. He bought a cheap old Range Rover from a junkyard which didn’t even cost him up to a million Naira. It’s a Range Rover afterall. In the video, you could see Willy Caballero pointing out the cracked windscreen.

So, after a player already told the story to the press of what happened one day in 2018 and many people asked me if it’s true, there we go. Many times for many years after training, I stay a little bit longer to take some penalties. I always made little bets with the goalkeepers.

to put a bit of spice into the challenge. For some reason, I never really missed one. So one day i got too confident & it got a of out of hand. It was Willy Caballero’s turn and I told him that if he saved it I’d get him a Range Rover. Unfortunately for me, he saved it in front

of the whole team so u can imagine how it went… I went from feeling the most confident, to feeling the most stupid guy on earth
Smiling face with open mouth and cold sweat
. Everybody obviously was shouting and laughing that I had to pay my debt. I went to a scrapyard and I found a destroyed Range Rover that couldn’t

be used at all for £950 so I said, you know what? I’ll get that. The next day they they brought to the training ground and well… I’ll show you the rest on a video. The lesson of the story is: Don’t bet at all at any cost. 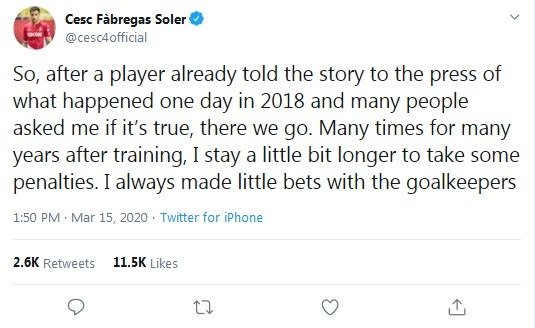 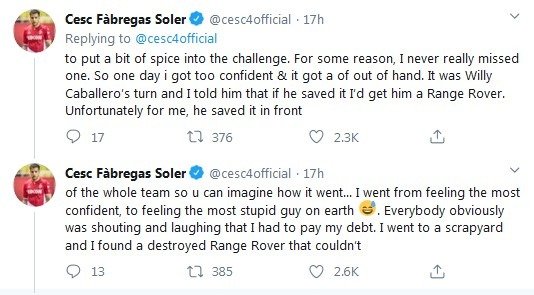 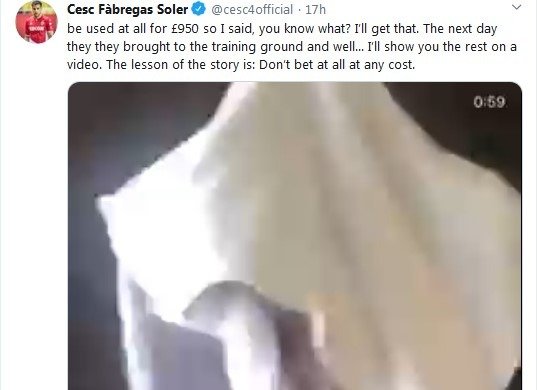 be used at all for £950 so I said, you know what? I’ll get that. The next day they they brought to the training ground and well… I’ll show you the rest on a video. The lesson of the story is: Don’t bet at all at any cost. pic.twitter.com/NURhfzmYF6

See The Damages Caused By The Pipeline Explosion In Abule Ado, Lagos (Photos)