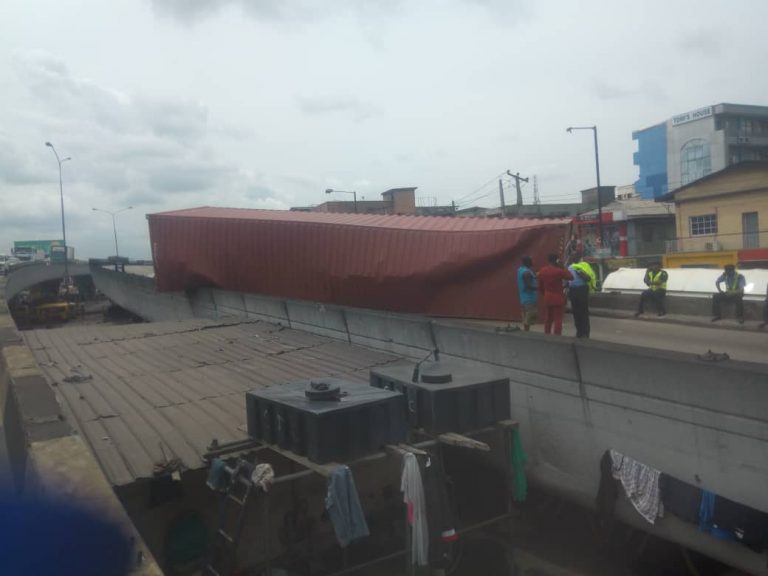 A container has fallen off from Ojuelegba bridge and has caused gridlock to traffic flow.

The container fell off a truck which was traveling on the bridge on Tuesday, May 7, 2019, according to a security operative that spoke to TheCable.

“The load is too much for the body, so as it was climbing the bridge, it was rolling down. It is 40 feet tall,” he said.

The truck driver, who also spoke to TheCable, said the accident was as a result of a bus driver who overtook him.

He said, “As I was climbing the bridge, a bus overtook me and I had to stop. When I set out after the bus left, the gear dragged me back and the container turned and fell. It is not because of the break. There is no casualty. I was not the only one in the truck, we were three in number, but nothing happened to any of us.”

This is not the first time such is happening on this very Ojuelegba Bridge. The one that fell off last month destroyed seven vehicles.

Not just that; three people were killed in June 2018 when a container load of plywood fell off a truck and crushed three commercial buses and a Toyota Corolla Camry. 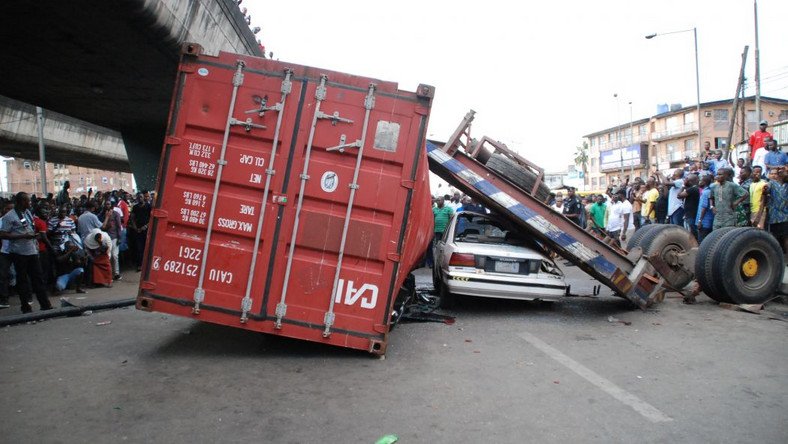 Similar accident of a container which fell off Ojuelegba Bridge