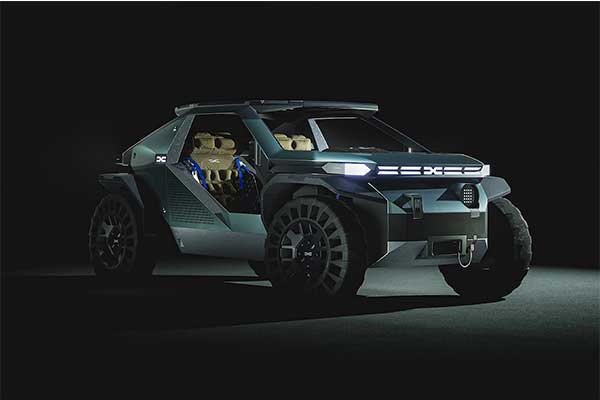 If you’re familiar with the Romanian brand Dacia you know it’s the maker of some of the best no-frills vehicles in Europe. Dacia is known for its “baby-step” approach to advancing the automotive food chain, but it doesn’t lack ambition. The Manifesto concept car proves as much.

Dacia design director David Durand said the new concept was a “super compact open-air vehicle blended in with nature. It’s a great way to brainstorm ideas without the pressure of production”.

The concept offers the bare essentials to be still called a vehicle, which means four wheels, a steering wheel, two seats, and a propulsion system of some sort. The wheels are intriguing as they are supposed to be wrapped in puncture-proof airless tires. There are no doors, windows, or windshields to separate the occupants from the environment. There’s no infotainment system onboard, either. However, the smartphone integrates seamlessly with the car, offering both an interface and a touchscreen. The system is already available on several Dacia models.

Inside is built to be just as tough, despite seats that look more at home in a multi-million dollar spacecraft. The entire interior is waterproof, so any mud that gets in can simply be hosed out.

Those spacey-looking seats can also be torn out and become a sleeping bag “in seconds.” While you’re making camp, the Manifesto’s dedicated removable battery can be used to power anything you may have on hand. Perhaps something you’ve kept in the roof rack? The carrier bars for that can also be shifted into different configurations depending on what you’re carrying.

The few body panels it has are made from recycled plastic and the interior uses cork on the dashboard. Another neat feature is the use of airless tires, so you won’t have to worry about punctures while you’re in the neck of the woods. 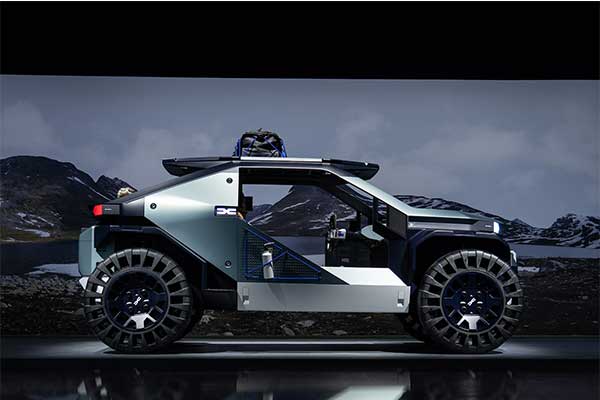 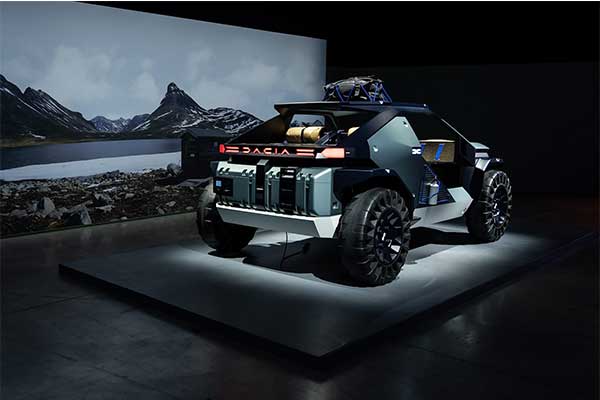 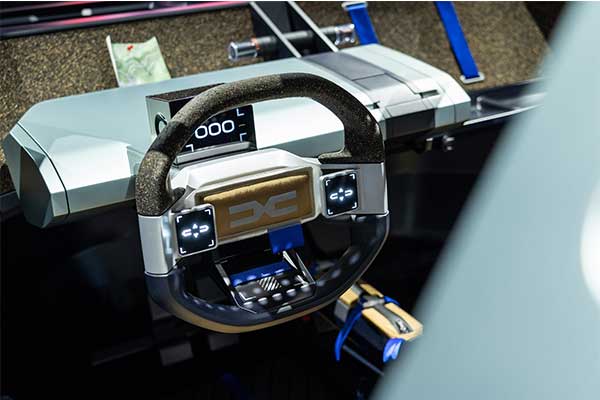 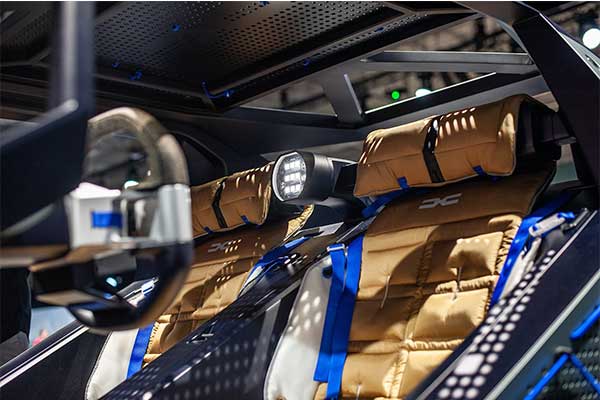