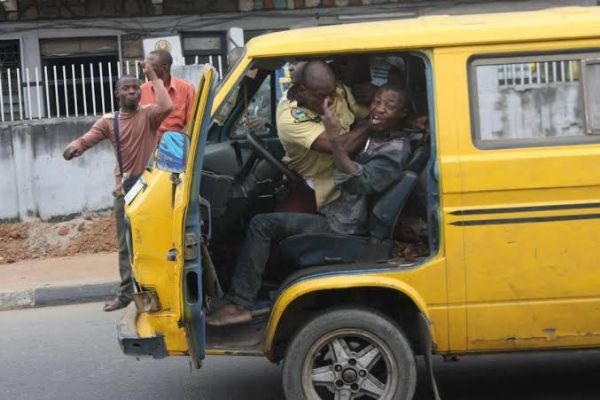 The Danfo driver and his conductor took to their heels after carrying out the assault on the LASTMA Officer. 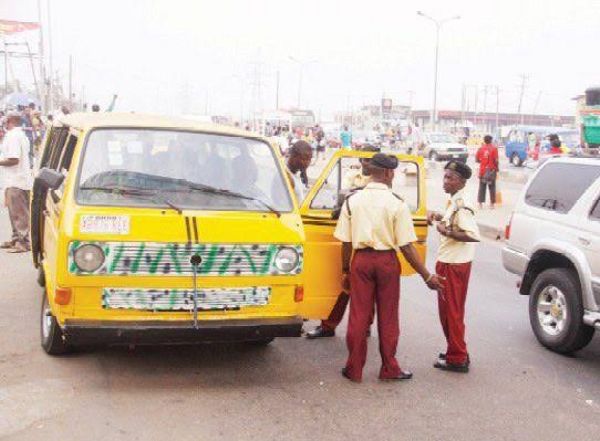 The Lagos State Transport Management Agency, LASTMAS is frantically searching for danfo driver who is currently on the run after stabbing one of the State’s traffic controlling agency’s officers with a screwdriver on his head.

The incident, which reportedly occurred around the Ojota axis in Kosofe Local Government Area of the Lagos, brought activities to a halt after blood started gushing out of the head of the assaulted LASTMA Officer.

According to reports, the commercial driver took to his heels upon sighting blood gushing down from his victim’s head, who was identified as Hassan K.

Confirming the development, the LASTMA General Manager, Bolaji Oreagba, said that the traffic officer was attacked and severely injured with a screwdriver on the head while carrying out his official duty at his beat under Ojota Interchange inwards Ketu.

According to him, the officer was immediately rushed to a nearby hospital where his health has been stabilized as revealed by the Zonal Head of that beat.

“The commercial bus driver and his conductor took to their heels after carrying out the assault on the LASTMA officer. The driver of the yellow Volkswagen bus, popularly called ‘Vanagon, with plate number LSD 28 XY, was found passing through the dedicated BRT corridor at Ojota towards Ketu when he was accosted,” Oreagba said. 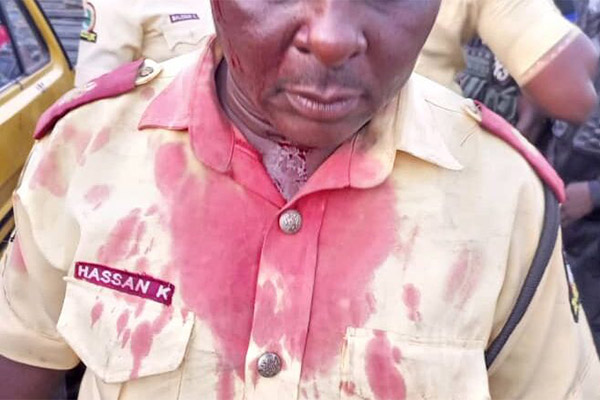 The LASTMA GM who frowned at the development, noted that attacks and assaults on his men and officers will no longer be tolerated., saying :

“These attacks will no longer be tolerated and attackers, when caught, will be made to face the full wrath of the law.”

Oreagba said that the cosmopolitan status of the state had necessitated proactive traffic management with enforcement in order to ensure sanity across the state, adding that :

“No traffic law violator would be allowed to go scot-free, especially in these ‘ember months as the state government is not prepared to endanger the safety and security of the people of Lagos State.”

The LASTMA boss, however, urged the motoring public to be law-abiding at all times in order to ensure the free flow of traffic and sanity on Lagos roads.

“Attacks on traffic managers attract stiffer penalty and punishment than disobeying traffic laws, and as such perpetrators will be dealt with severely to serve as a deterrent to any would-be offender”, Oreagba added.

Audi Set To Offer 20 Electric Vehicles (EVs) By 2025, More Than Any Other Brand