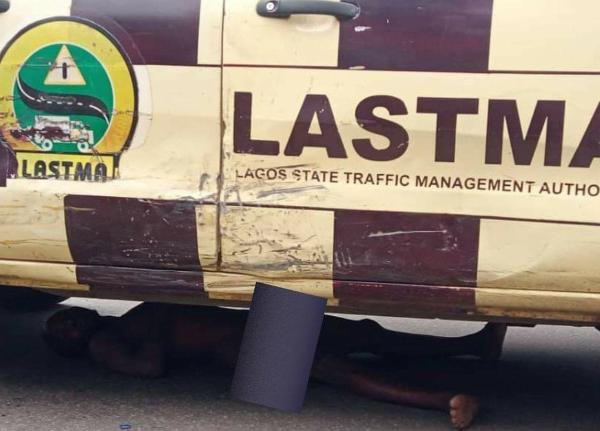 PHOTOS: This is the moment a bus driver resisting arrest, lies naked under LASTMA vehicle in Ikeja area of Lagos.

The unnamed driver said operatives of LASTMA have ‘frustrated his life a lot.”

He also revealed that he was also arrested yesterday.

Just when you think you have seen it all, a commercial bus driver in Lagos has stripped himself naked to resist arrest from operatives of the Lagos State Traffic Management Agency (LASTMA) over an alleged traffic violation.

The driver, who wasn’t shy to express his frustrations, took off his cloths before going under a pickup truck belonging to the Lagos State Traffic Management Agency (LASTMA). 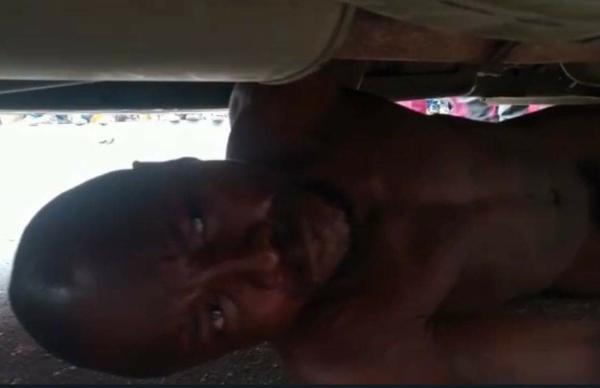 The unnamed driver said that the operatives of the Lagos State Traffic Management Agency (LASTMA) has ‘frustrated his life a lot.” He also revealed that he was also arrested yesterday, adding that he had been unable to send money to the owner of the vehicle. 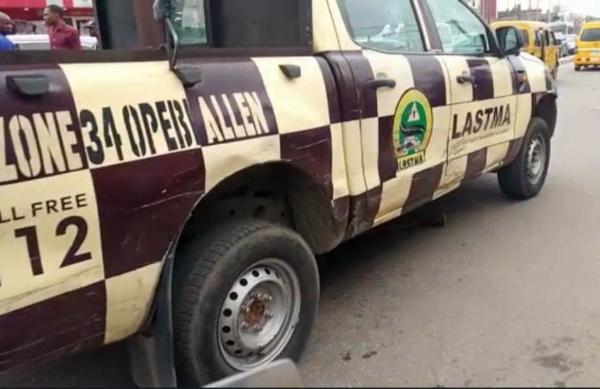 But this isn’t the first time a driver would strip himself naked to avoid arrest. A similar incident happened in 2015 when a bus driver stood in front of his bus naked as LASTMA officials made efforts to drive his confiscated vehicle to impound yard.

In a related News:

The Lagos State has introduced handheld device that allows real-time capture of picture and video evidence of road traffic and vehicle violations as they occur.

The device would be used by both the Lagos Traffic Management Authority (LASTMA) and the Vehicle Inspection Service (VIS) in their operations.