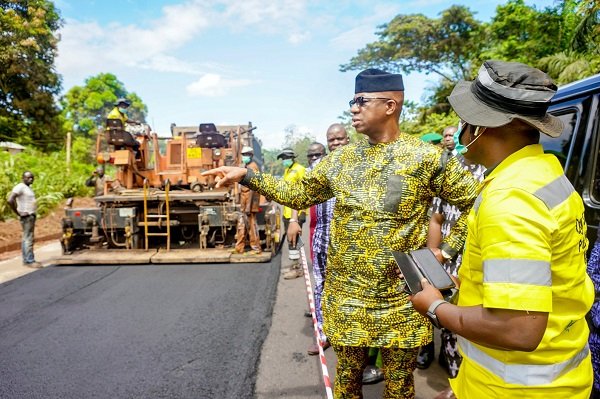 Ogun State Governor Dapo Abiodun says his administration has reconstructed 34 roads spanning over 270km, while another set of 41 roads benefited from rehabilitation covering over 322km in the past two years.

He said this while presenting the scorecard of his government in the last two years in office.

The governor, who equally scored his administration high, said even critics of his government had concurred that the administration had made positive impacts in housing, infrastructure, education, health, agriculture, youth empowerment and other critical sectors.

He added that his administration did not allow the challenges of COVID-19 and #EndSARS to dampen its resolve to deliver on his electoral promises to the people of Ogun State.

He added that the state had developed a multi-modal transportation master plan that would integrate road, railway, water and air transport systems.