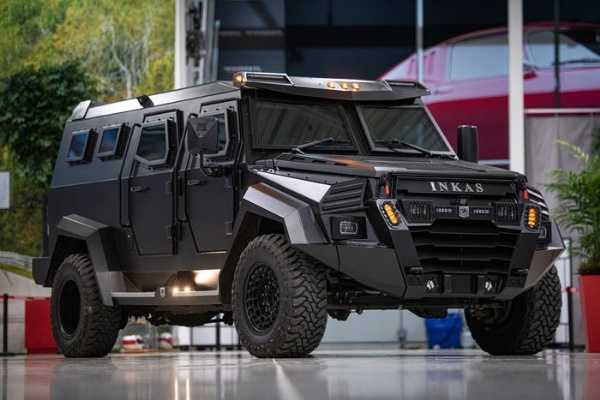 Decision to procure the armored personnel vehicles (APCs) was taken to safeguard the lives of NDLEA personnel.

The Federal Executive Council (FEC) has approved the sum of N580.5 million for the procurement of four armored vehicles to aid the National Drug Law Enforcement Agency (NDLEA) in its fight against dangerous and illicit drugs.

Minister of Justice and Attorney General of the Federation, Abubakar Malami made this known to State House correspondents at the end of the Council’s meeting, which was presided over by President Muhammadu Buhari in Abuja on Wednesday.

“The purpose of the memo was to seek approval of the council for the award of contract for the supply of four customised armoured security vehicles of 14-seater model for the NDLEA and the contract sum is N580,500,000 only inclusive of 7.5 per cent value added tax with a delivery period of 16 weeks.”

The Minister said the decision to procure the four 14-seater armored personnel vehicles for NDLEA was taken to safeguard the lives of its personnel.

“We are happy with the successes being recorded by NDLEA for the purpose of further information. I think it is relevant to state that NDLEA has succeeded in many ways.

“Between January and July, 2022, it has succeeded in arresting over 18,940 suspects. They have equally secured 2,904 convictions within the period, which has led in effect to the unprecedented reprisal attacks on officers.

“So, with the progress being recorded, it becomes necessary that the agency be supported with armored vehicles and Council has considered and indeed approved accordingly,” the Minister said.