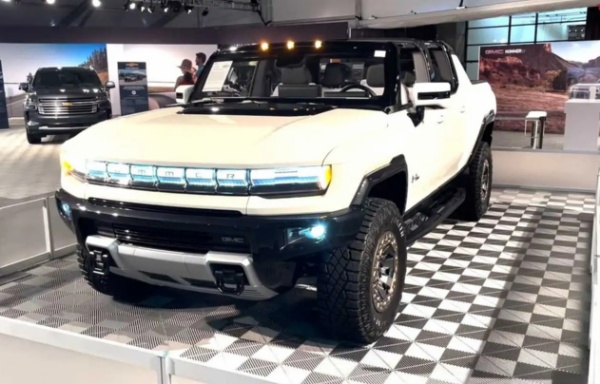 All the proceeds from the sales will go to the Stephen Siller Tunnel to Towers Foundation.

The first production 2022 Hummer EV Edition 1 with VIN 001 was snapped up by unnamed woman at Barrett-Jackson’s Scottsdale auction this week for an eye-popping $2.5 million.

Bids for the all-electric car escalated quickly to seven figures before hammering down for an incredible 20 times the car’s retail price of $112,595.

All the proceeds will go to the Stephen Siller Tunnel to Towers Foundation whose mission is to honor the sacrifice of firefighter Stephen Siller who died while saving others on September 11, 2001.

Standard features that comes with the EV include a three-motor e4WD propulsion system with best-in-class 1,000hp and 11,500 ft/lbs of torque.

Also standard is Watts to Freedom for maximum acceleration capability, including a GM-estimated 0-60 mph in approximately 3 seconds. Its 350 kW 800V DC Fast Charge is also capable of charging nearly 100 miles in 10 minutes.