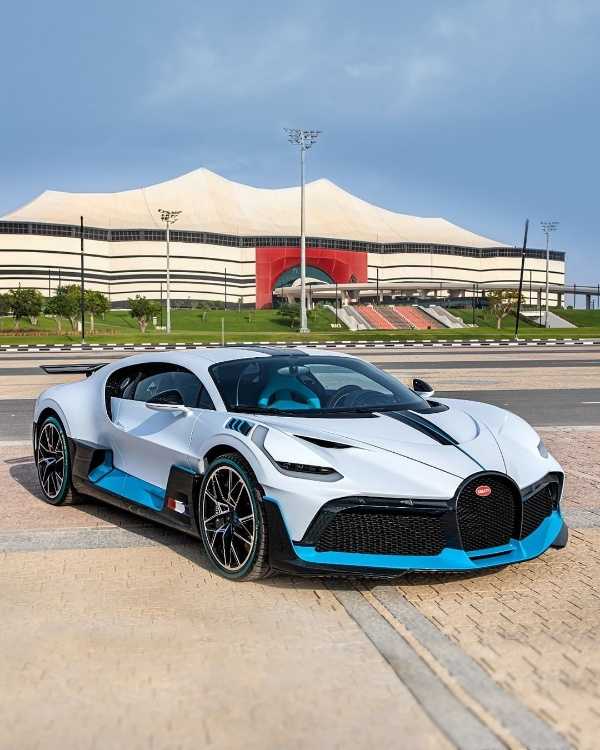 Al Bayt Stadium, an impressive new stadium that will host the 2022 FIFA World Cup, has welcomed the first Bugatti Divo in Qatar.

To make the hypercar exclusive, production of the ₦2.2 billion Bugatti Divo was limited to just 40 units.

The Bugatti Divo is one of five world’s most expensive brand new cars.

Al Bayt Stadium, a nearly completed football stadium that will host the 2022 FIFA World Cup, has welcomed the ‘first Bugatti DIVO to be delivered to Qatar‘.

The stadium is one of seven stadiums that will host will host the 2022 FIFA World Cup. It has a retractable roof, holds up to 60,000 spectators and will host World Cup games through to the semi-finals. 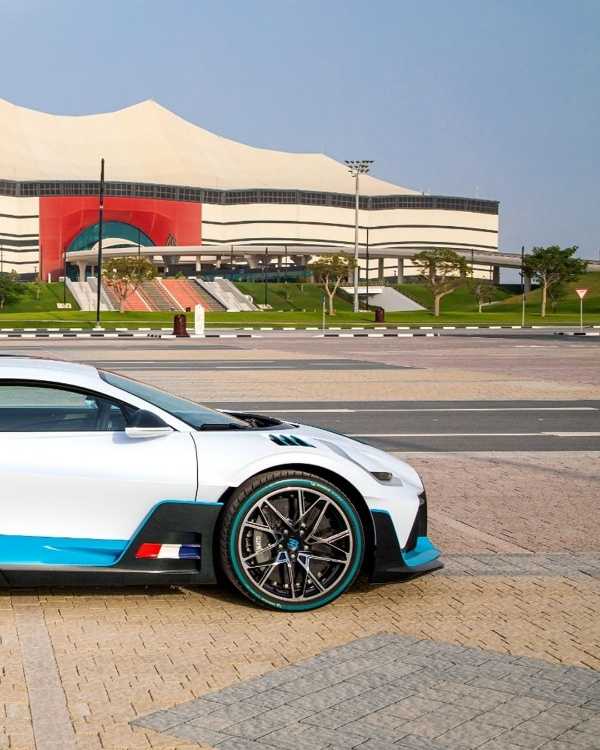 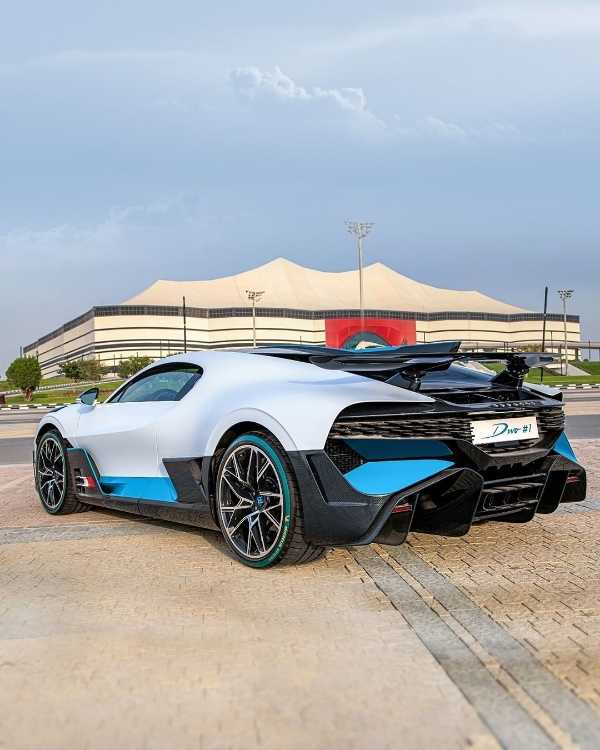 In a series of pictures shared by French carmaker, the Divo was seen posing in front of the massive arena.

“The first DIVO to be delivered to Qatar poses in front of the Al Bayt Stadium, an impressive new arena that is nearly completed and will host the 2022 FIFA World Cup.”

This hypercar is one of just 40 examples that is being built. At nearly $6 million, the Chiron-based hypercar is currently one of the rarest cars on the road. 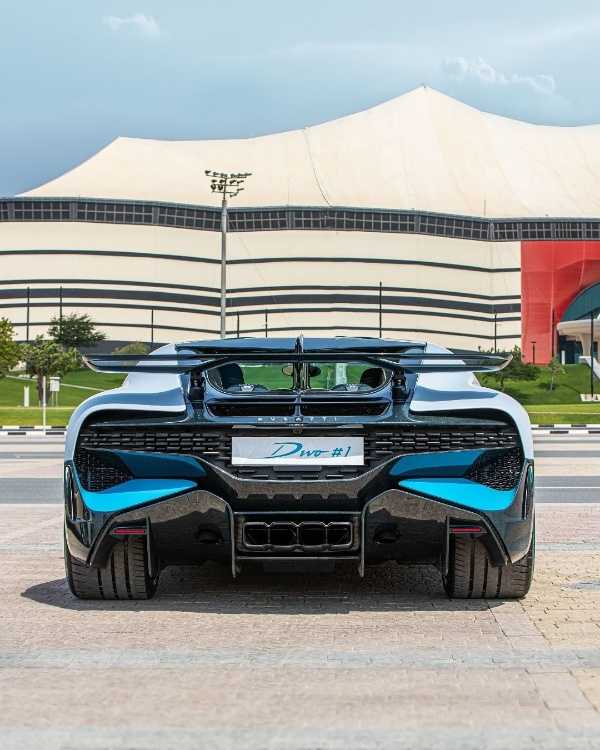 While the engine remains untouched, the Bugatti Divo is specially made for corners while the Chiron is made for straight-lines. It has a top speed limited to just 236 mph.

To make it exclusive, production of the $5.9 million (₦2.2 billion) hypercar was limited to 40 units. And all examples were spoken for before being shown to the public.