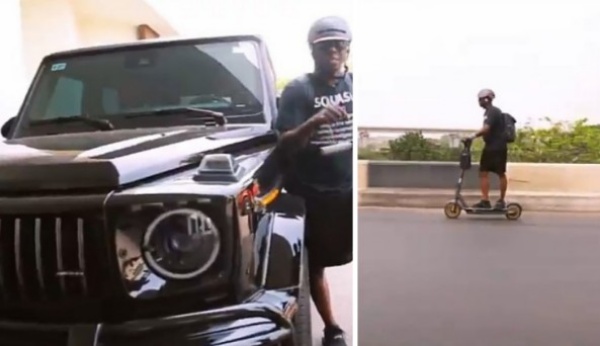 Hip TV Boss, Ayo Animashaun, beats the terrible traffic in Lagos by riding an electric scooter from Ikeja to V.I.

Ayo said that the scooter’s battery has enough “juice” to move from Island to Mainland and back.

Ayo didn’t mention how long it took him to arrive at his destination, but the driving time is about 18-minutes. 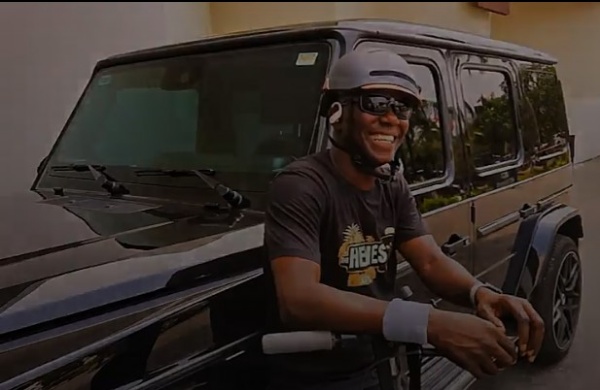 How can you beat the terrible and mind-boggling traffic that has since make Lagos State, known as the Center of Excellence, a terrible to live?

For Ayo Animashaun, the CEO of Smooth Promotions Media entrepreneur, the answer is an electric scooter. And Ayo, who is also the Excecutive Producer of the Headies, took one from his office at Ikeja to VI on a single battery charge. 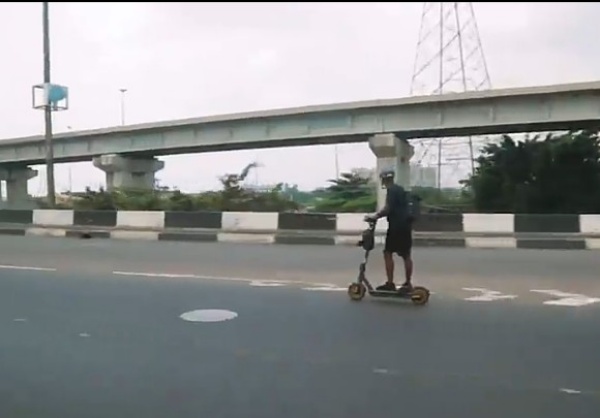 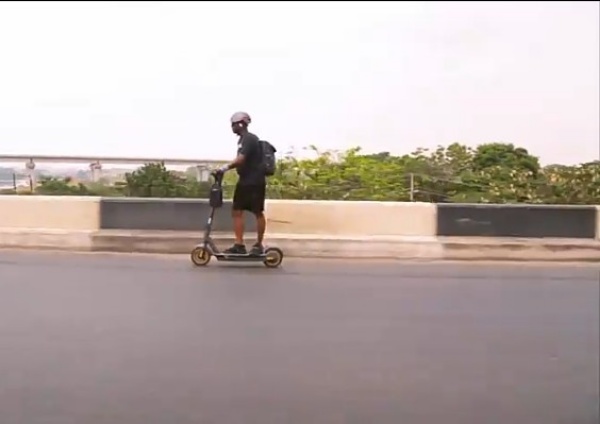 Taken to his Instagram page to share a footage of his cruise from his office located at Allen, Ikeja to Victoria Island (V.I), Ayo said “this is the best way to navigate the city”. 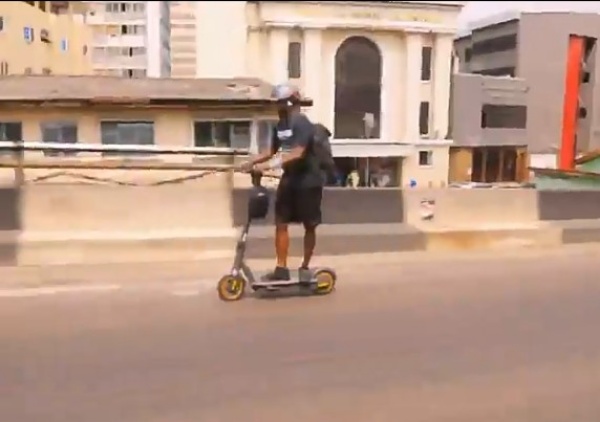 In a short clip, the Hip TV boss can be seen navigating the busy Lagos roads during his 31-km journey until he arrived at Eko Hotel in Victoria Island.

He captioned the footage of his cruise with : 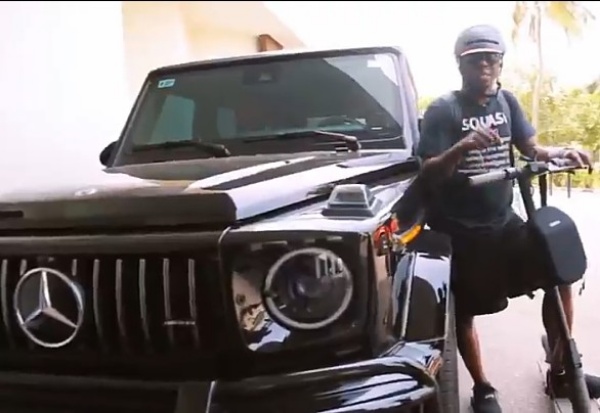 According to Ayo, the electric scooter was able to cover the 31-km (19. 2 miles) journey from his office to his destination on a single battery charge. He added that the scooter’s battery has enough “juice” to move from Island to Mainland and back.

Ayo didn’t mention how long it took him to arrive at his destination in Victoria Island. But the total driving time between Ikeja and Victoria Island is about 18 minutes without traffic.