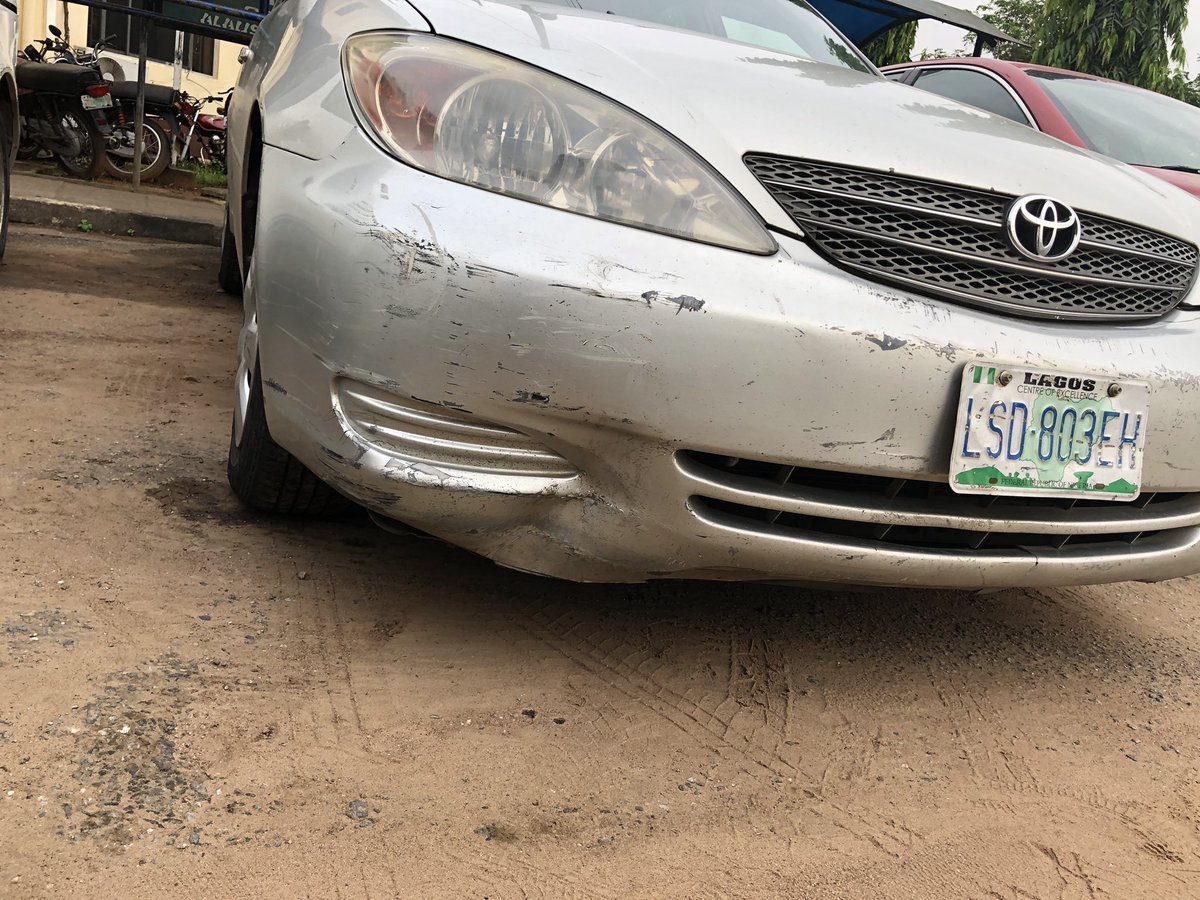 Omg. A car just ran a cyclist over and didn’t stop. We are chasing him. #LSD803EH Toyota Camry. 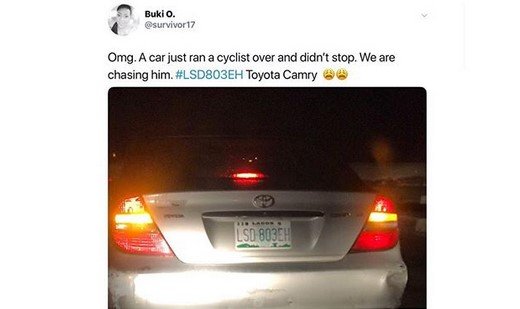 Buki, the suspect apprehended and vehicle recovered,effort is on to locate victim in surrounding hospitals,please 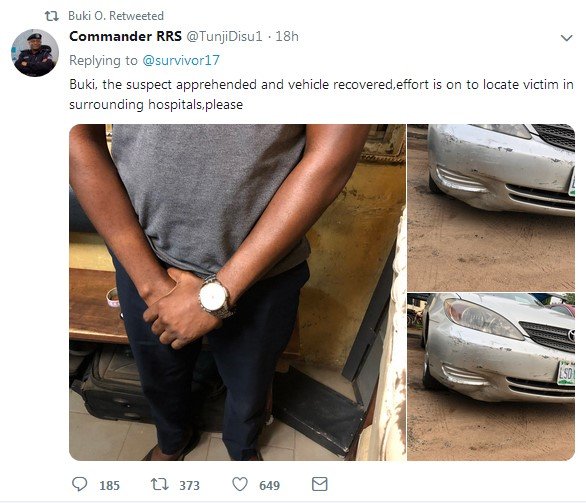 You may also like: RSS Captures A Fleeing Danfo Driver Who Broke The Law (Photos)

Related Topics:accidentlagosrsstoyota camry
Up Next