Nineteen (19) of the policemen were critically injured while 4 police vehicles were damaged. 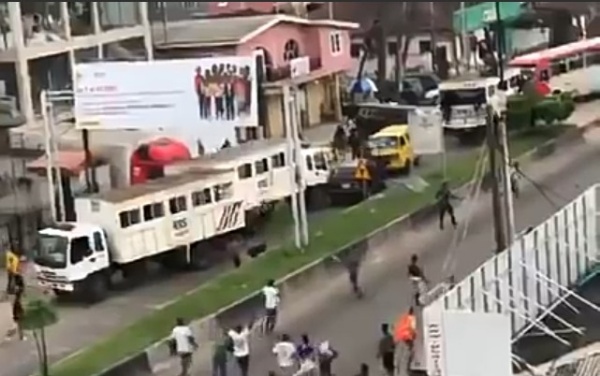 Policemen attached to the Rapid Response Squad (RRS) of the Lagos State Command at Adekunle, Yaba, were attacked by hoodlums on Monday around Herbert Macaulay Way, Yaba area of Lagos state.

Footage shared online showed the operatives fleeing the scene, around Herbert Macaulay Way, Yaba, to avoid the dangerous projectiles been hurled by the hoodlums towards their patrol vehicles.

According to reports, nineteen police officers were injured while four patrol vehicles were also damaged during the incident. 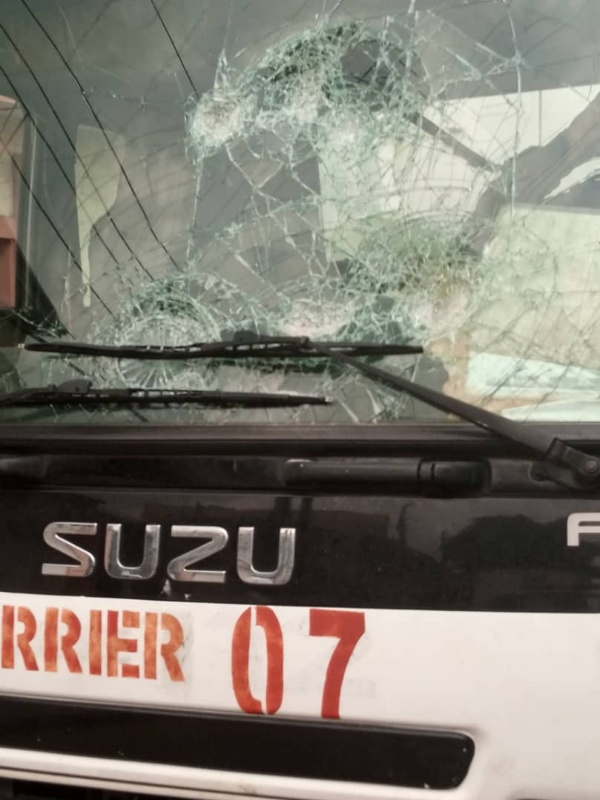 A statement posted on the official twitter account of the Lagos State Police Command, says that the officers were enroute to their duties across the state before being attacked by the violent protesters.

“The ninety seven (97) policemen, who were being conveyed to their various beats on routine relief duties across the state, came across the violent protesters who started shouting “No Police, No Police”, and stoned them.”

“After the attacks, nineteen (19) of the policemen were critically injured while 4 police vehicles were damaged.”

“The policemen, who scampered for safety, were eventually rescued and rushed to the Police Clinic at Panti, Yaba, for medical attention.”

The Commissioner of Police Lagos state, CP Hakeem Odumosu, while condemning the attack, urged officers and men of the command to remain calm while they continue to manage the situation professionally.