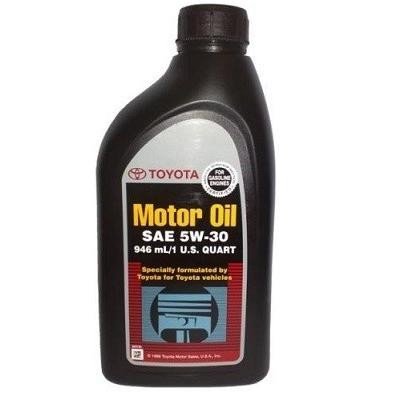 The right grade of engine oil is vital to keep the engine of your Toyota car working optimally. The user manual of your vehicle will confirm the right engine oil grade for your car and your region.

The engine oil you use for your car isn’t something you want to compromise on. Using the right lubricant keeps your engine running smoothly and preserves the life of its components. In fact, using the wrong grade of oil could be a costly mistake.

In most Toyota vehicles, the oil spec appears in large lettering on the engine oil channel’s cap; usually starting with SAE (Society of Automotive Engineers), which is then followed by either a numeral ‘0’ or ‘5’ or ‘20’. Any of these three first stated numerical figures is automatically followed by a ‘W’.  Any weather condition with temperature below that number specified before the ‘W’, the oil’s chemical composition will likely congeal and make it, while parked for some time, lose its liquid or fluid status.

Toyota Centers are not the only place where you can buy Toyota Genuine Motor Oil. Head over to online stores and you can order oil to be delivered to your location.

Wherever you buy your Toyota Genuine Motor Oil from, using the right grade is vital to preserve the performance, economy and reliability of your car. If in doubt and don’t know how to go about choosing the right engine oil, seek help from professionals around you.

Regular replacement of the oil is important. Even long-life oils gradually become less effective over time, as the repeated cycles of heating and cooling the oil steadily degrade its properties.

Which engine oil do you use for your Toyota Car? Let’s us hear from you using the comment section. Tell us the Toyota car you use and the engine oil you use.

The 2 Main Types Of Engine Oil You Need To Know; Their Advantages And Disadvantages

How To Recognize Genuine Toyota Parts And Where To Get Them