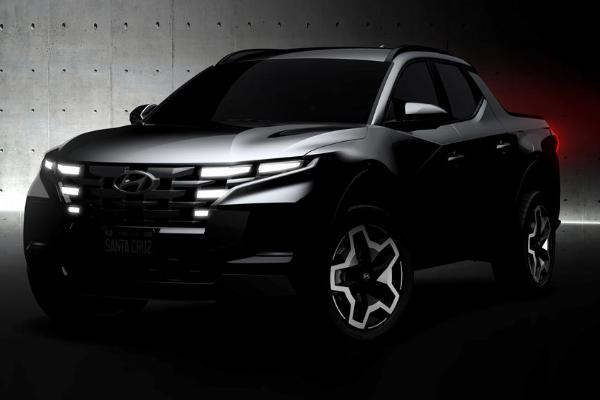 Hyundai releases teaser images of its upcoming Santa Cruz pickup truck that is set to debut on April 15th, 2021.

The unibody pickup truck will share its platform with the compact Tucson SUV.

Santa Cruz, dubbed the “Sport Adventure Vehicle”, will fit somewhere between a pickup truck, crossover and an SUV.

When it arrives as a 2022 model, it will compete with the likes of Honda Ridgeline and Ford Ranger. 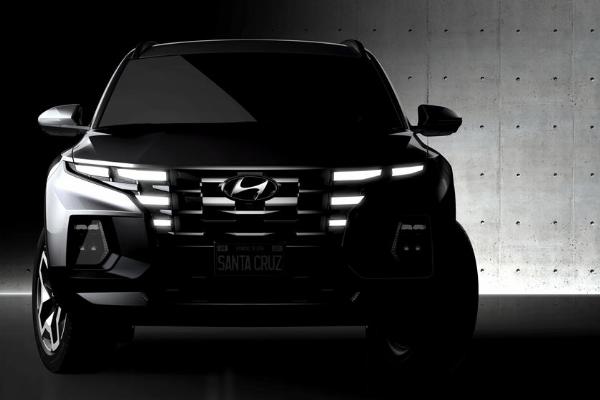 Hyundai has released the first images of its upcoming Santa Cruz compact pickup that is scheduled to be unveiled on the automaker’s website on April 15.

After years of teaser images, Hyundai will finally enter the lucrative pickup truck segment with the Santa Cruz that will share the same platform with the 2022 Tucson. 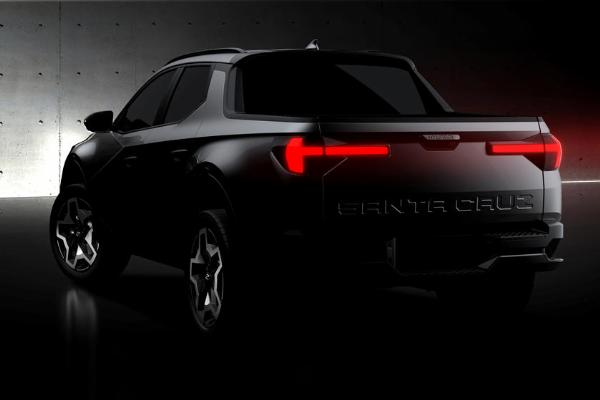 Hyundai said Santa Cruz will fit somewhere between a pickup truck, crossover, and an SUV. According to the press release, the South Korean company calls it a “Sport Adventure Vehicle”. 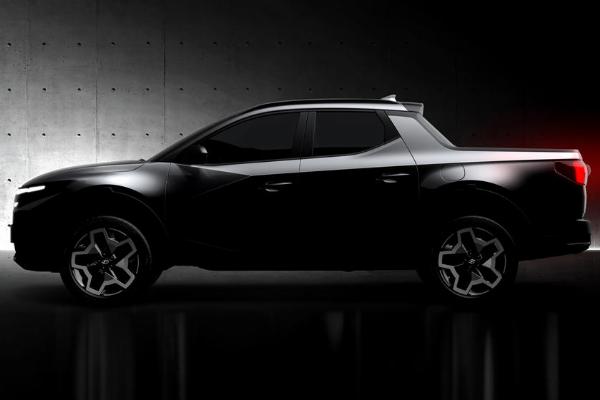 Shadowy images of the Santa Cruz released by Hyundai showcase some exterior features taken from the 2022 Tucson. These includes Tucson’s unique lighting setup as well as the dynamic C-pillar angle.

Santa Cruz sharing the same platform the Tucson means it may also use the crossover’s engine lineup. These includes a 187 horsepower 2.5-liter inline-four as well as a turbocharged 1.6-liter hybrid option that churns out 226 hp. 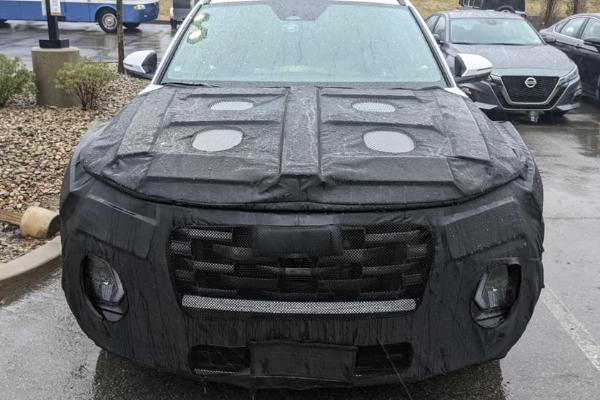 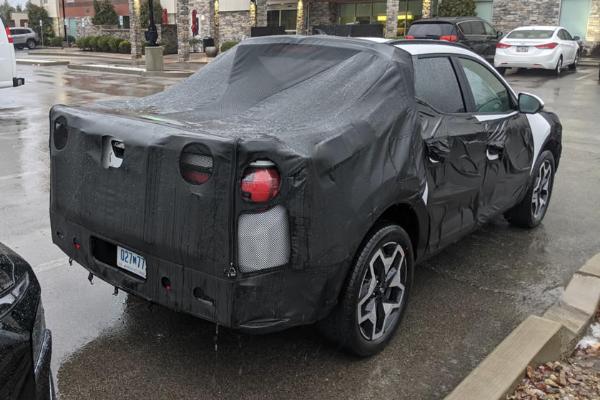 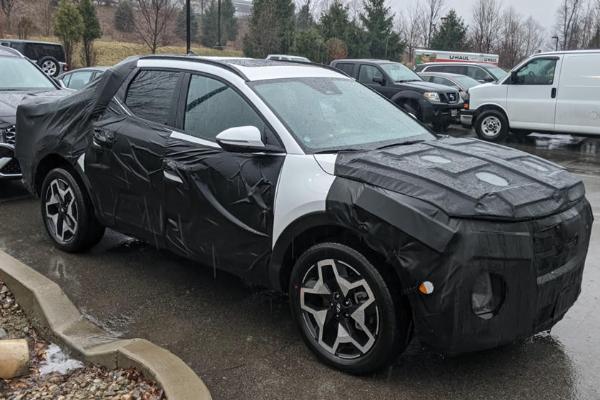 South Korean automaker, Hyundai, will livestream the Santa Cruz reveal through its website on April 15, 2021- which is just nine (9) days away.

When it arrives at the dealership later this year as a 2022 model, the Hyundai Santa Cruz will compete with the likes of Honda Ridgeline and the Ford Ranger.