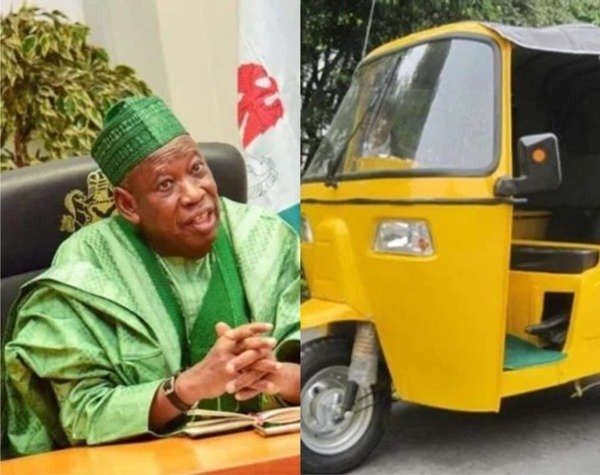 The continuous criticism by the public has led to the suspension of Governor Abdullahi Ganduje‘s policy preventing male and female from conveying on the same tricycles.

The Kano State Government has hung the implementation of the order restricting persons of opposite sexes from entering the same tricycle in the state.

The governor’s spokesman, Salihu Tanko-Yakasai in a statement confirmed the development. He said the order has been suspended for further review of its practicability.

Autojosh had earlier reported that on December 25, the state government has banned both male and female passengers from boarding the same commercial tricycles. With the order would take effect from January 2020.

However, the order did not go down well on some people, as the law received widespread condemnation.

According to Tanko-Yakasai, the rule was initially introduced during the era of Ibrahim Shekarau, former governor of Kano

“Yes, it’s true. Well, they just want to review it. You know it was an old law that was enacted during the era of Ibrahim Shekarau. So, the Hisbau committee was just reintroducing it,” Tanko-Yakasai said.

“So, I think they want to just look at it again and make some adjustments because the realities back then and now are definitely not the same.

“There are a lot of reports of females being abused especially in the evenings in Keke NAPEPs (tricycle). Therefore, this would see how security can be improved.

“I think there was a misconception in the new law passed. It is not like they are completely banning men and women from entering the same tricycle. So, they just want to look at it again and see how practical and realistic it will be.”

$2.8m Armoured Limousine Once Used By Russian Dictator “Joseph Stalin” Found A Day After Being Stolen