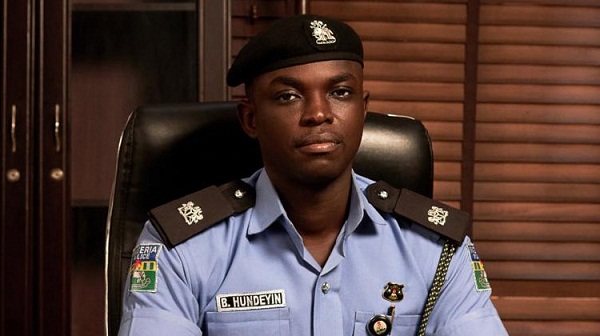 A Lagos couple, Mr Clinton Ayobami and Mrs Adebayo Ayobami, have been remanded in prison for allegedly assaulting police officers attached to the Ipaja Police Division.

He wrote, “Yesterday, July 24, 2022, at about 2:30pm, police officers of Ipaja Division flagged down a Mercedes Benz car for not having a number plate at Oluwaga-Ipaja. A passenger, Mrs Adebayo Ayobami, aggressively and disdainfully questioned why the police officers stopped her husband and not other vehicles.

“She thereafter declined to answer any question. In an attempt to get them to the station for further questioning owing to their unprovoked aggressiveness and suspicious behaviour, she and her husband, Ayobami Clinton, assaulted the police officers. The car was impounded; they were arraigned today and the court remanded them in Kirikiri prison.”

In the trending video, the woman was seen holding the uniform of an officer, who attempted to enter the car from the passenger’s side.

She hit the officer, dragged him out of the way, and carried her baby out of the car.

The assaulted policeman did not retaliate the attack in the footage seen.