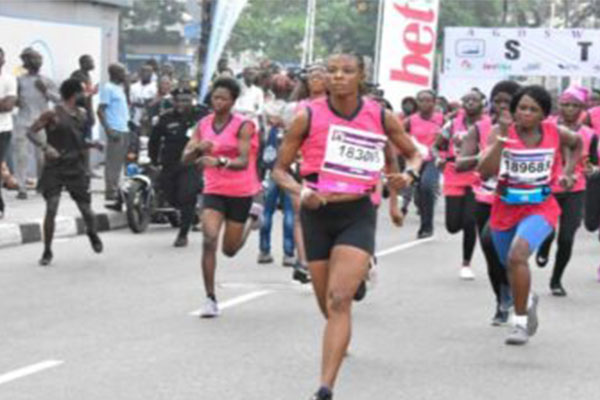 These routes will be closed as Lagos Women Marathon kicks off tomorrow, Lagos State Government (LASG) reels out alternative routes.

Due to the upcoming Lagos women marathon, tagged “LAGOS WOMEN RUN“, which comes up tomorrow, Saturday, 21st Nov, 2020, the following routes will be temporarily closed to traffic.

Recall that the Lagos State Sports Commission has announced plans to hold the Y2020 mini-Marathon for women. In the meantime, it has issued a travel advisory for motorists due to the planned closure of some roads for the race.

In a release issued by the Sports Commission, the mini-marathon will be both virtual and actual race. Meanwhile, it will attract over 10,000 women who have expressed interest around the world to participate. This event is the Africa’s largest female fitness gathering.

The Lagos State Government has, therefore, advised Motorists to take other alternative routes. Motorists coming from Victoria Island and Ikoyi should make use of Carter Bridge (Idumota Bridge) to Iddo – Oyingbo.

And from Herbert Macaulay – Adekunle to connect to the Third Mainland Bridge. While those from Ebute-Ero to Eko Bridge should make use of Adeniji-Adele Interchange to Carter Bridge (Idumota Bridge).

Motorists from Adeniran Ogunsanya, Bode Thomas to Stadium inwards Barracks/ Ojuelegba are to use Akerele road. From that route to Randle road to Lawanson Road to Ojuelegba. This would connect destination while Lagos island bound vehicles from Surulere are free from restriction.

The marathon route goes as follows :

While imploring motorists to plan their journey according to the issued travel advisory for the duration of the race, the Lagos State Government appealed to road users to bear the temporary inconvenience the road restriction might cause.

AC Milan Star Castillejo Gets PS5 Xmas Gift From Zlatan Ibrahimovic, Flaunts It On His Lamborghini