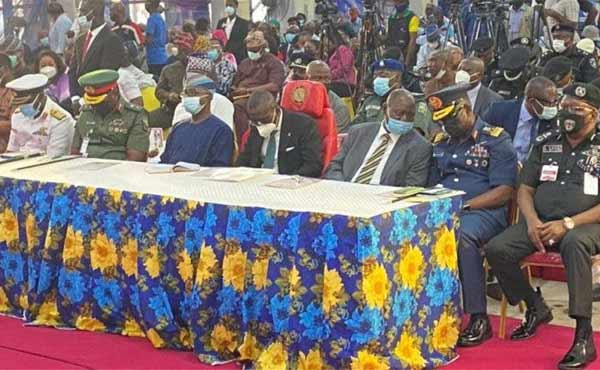 Stakeholders in Lagos State have urged the government to take stringent measures to ban the use of Okada as means of transportation in the state.

The stakeholders, including the state governor, Mr. Babajide Sanwo-Olu; the Speaker of the House of Assembly, Honourable Mudashiru Obasa; Chief Judge, members of the State Executive Council, among others, took the decision on Monday as part of resolutions, at a one-day Stakeholders Security Meeting which took place at Adeyemi Bero, Alausa, Ikeja.

The stakeholders, in a 12-point resolution, also urged the state government to take over abandoned/uncompleted buildings in the state immediately, as well as take control of abandoned vehicles in the state and seal-off/take over houses, hotels and events centres where hoodlums are found to hibernate or where arms are stored in the state.

While calling on the state government to take stringent measures to ban Okada operation in the state, the stakeholders noted that the menace of Okada riders had become quite alarming especially after the #EndSars crisis in October, 2020, thereby constituting security threats to citizens in the state.

In particular, they noted that riders perpetrate crimes, disregard traffic and highway laws, traumatise motorists, aid and abet criminal activities, even as they expressed displeasure at what they described as the “avoidable loss of lives and properties due to the menace of okada riders.”