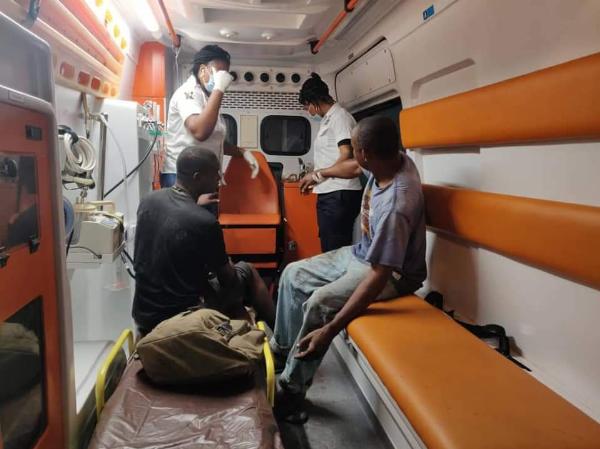 The out of control Dangote truck reportedly skidded off its lane, before colliding with the on-coming articulated truck. 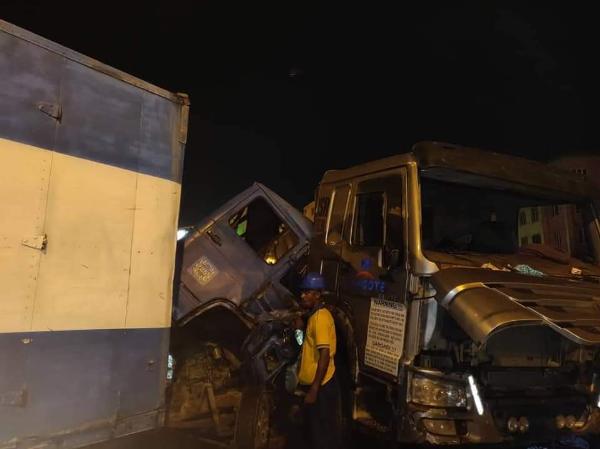 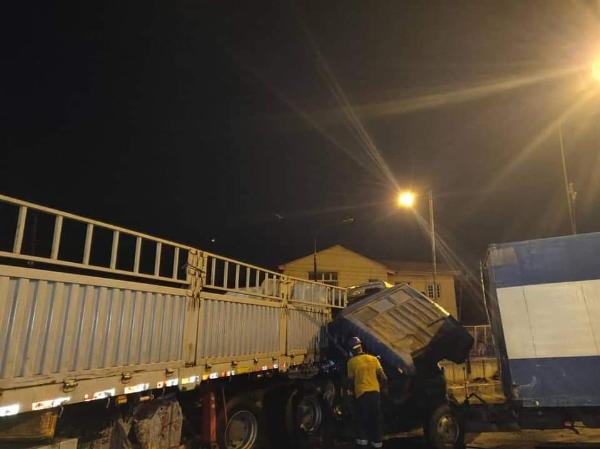 According to LASEMA, the incident happened after the speeding Dangote trailer lost control. This made it to skid off its lane, before colliding with the on-coming articulated truck on the other lane inward Onipanu. 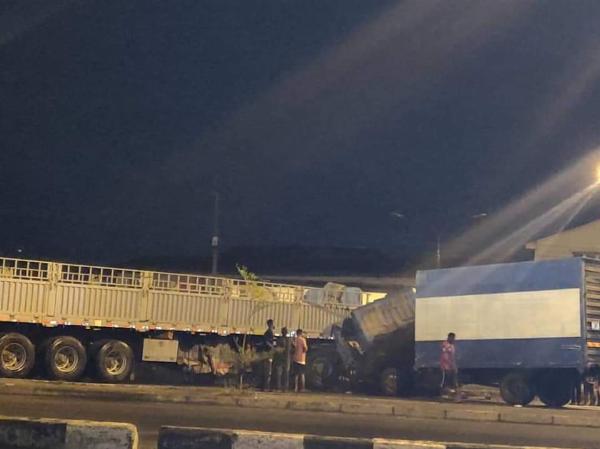 Paramedics with Lagos State Emergency Management Agency (LASEMA) were on hand to give prompt medical treatment to the two adult males who were injured in the accident.

The trailer and truck were recovered off the road with the aid of the LASEMA’s heavy-duty Supermetro equipment. The two vehicles were later handed over to Police Officers from Onipanu Police Station.

In a related News :

Earlier today, a Toyota Sequoia SUV and a Toyota Camry sedan were involved in a crash by Affordable Motors close to Ikate intersection towards Marwa, in Lagos.

The news was shared by the Lekki Concession Co. (LCC) on its Twitter account. In a follow-up post,
LCC said it has dispatched its flatbeds to recover the damaged vehicles and the incident has been cleared.