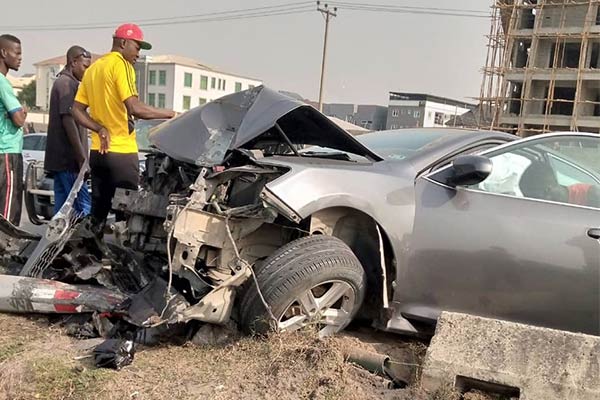 Toyota Sequoia and a Toyota Camry involved in a crash by Affordable Motors close to Ikate intersection towards Marwa, in Lagos.

An auto crash involving a Toyota Sequoia SUV and a Toyota Camry sedan has reportedly occurred by Affordable Motors close to Ikate intersection towards Marwa, in Lagos.

The accident was made known to the general public by the Lekki Concession Co. (LCC) on its twitter handle. This is to alert road users plying the road to use other alternative routes. This is because the accident has caused a serious gridlock along the route. 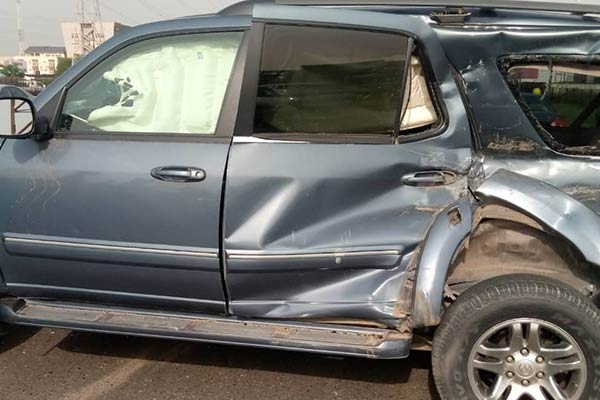 LCC shared the pictured with the caption:

“An accident has occurred by Affordable Motors close to Ikate intersection towards Marwa. LCC Patrol Officers are at the scene and our towing vehicles have been dispatched for rescue. The accident is causing traffic tailback.” 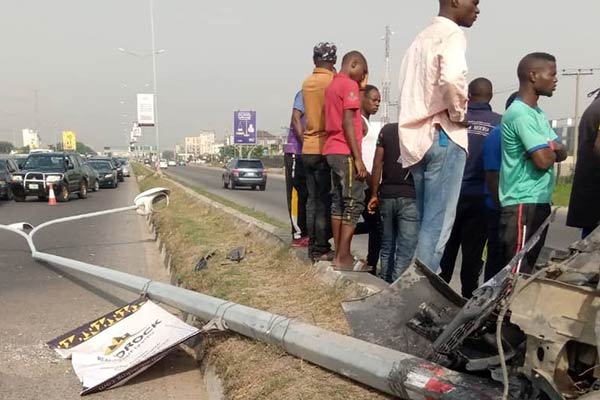 Toyota Sequoia and Camry involved in crash in Ikate, Lagos

Pictures shared by LCC showed well wishers rallying round one of the extremely damaged vehicles which has pulled down one of the street lights in the area.

Report gathered that both LCC patrol officers and onlookers pool forces together in the rescue mission. Till the time the incident was being reported, no death has been recorded.

In a follow-up post, LCC said it has dispatched its flatbeds to recover the damaged vehicles and the incident has been cleared.