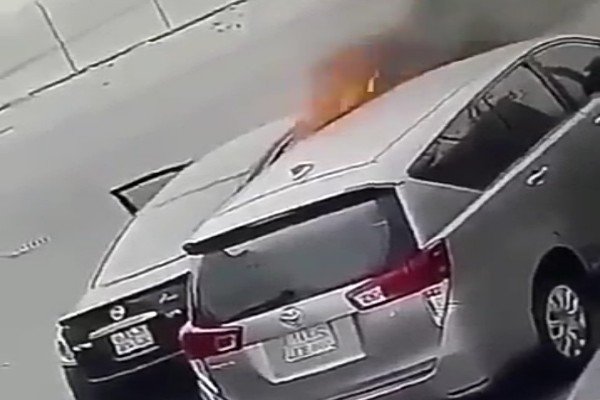 After 2 cars that belongs to her close relations got burnt suddenly , a woman decided to install CCTV cameras outside her home to get the true picture of what was going on.

Initially, many thought the horrific act was another example of intolerance to Saudi women after a car was set ablaze by 2 men who opposed to women drivers.

In the video above, the son of the woman’s ex-husband captured torching the car ended up catching fire himself.

She said :
“I had doubts that my husband and his family were after me because two cars were previously burned down near my house. One belonged to my father, the other to my uncle. This is why I had CCTV cameras installed outside the place”

After her former stepson managed to escape from the scene,she filed a complaint and the suspect was arrested.

The police said the suspect would be charged once he had recovered from his injuries.