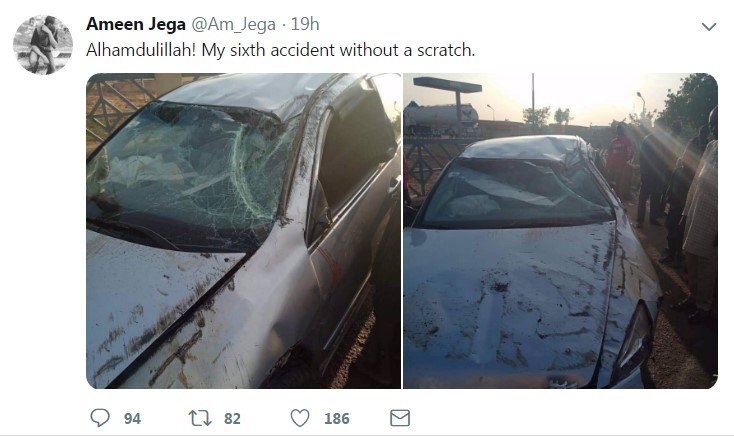 Ameen Jega whose Twitter handle is @Am_Jega couldn’t contain his joy after his sixth auto accident. He went straight to Twitter to celebrate his survival for the sixth time.

After Mr Jega tweeted his testimony, a lot of people reacted.

Who knows, he might be the next Frane Selak, the unluckiest lucky man on earth. He’s a Croatian man who escaped death seven times. and afterwards won a million dollar lottery in 2003 which made him a millionaire.

Take a look at some of the reactions below; 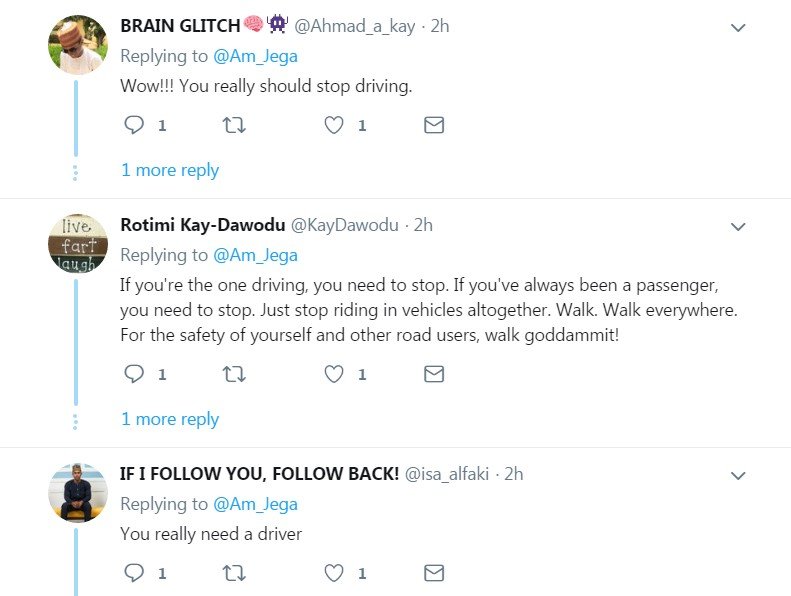 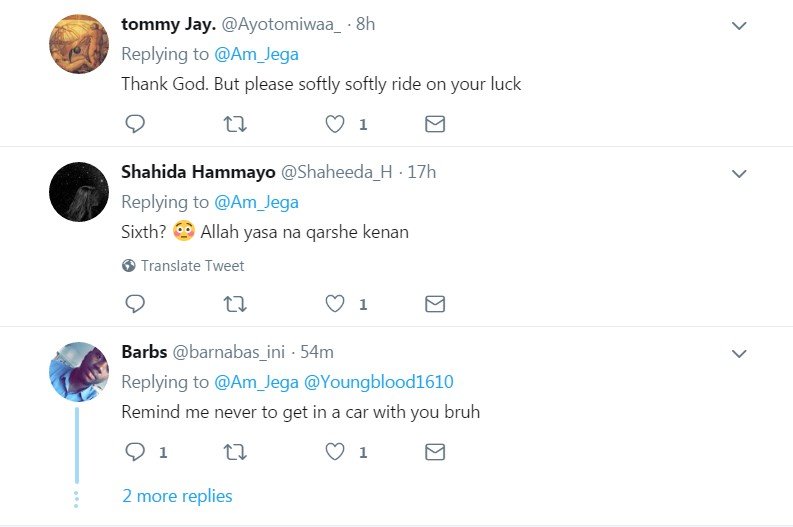 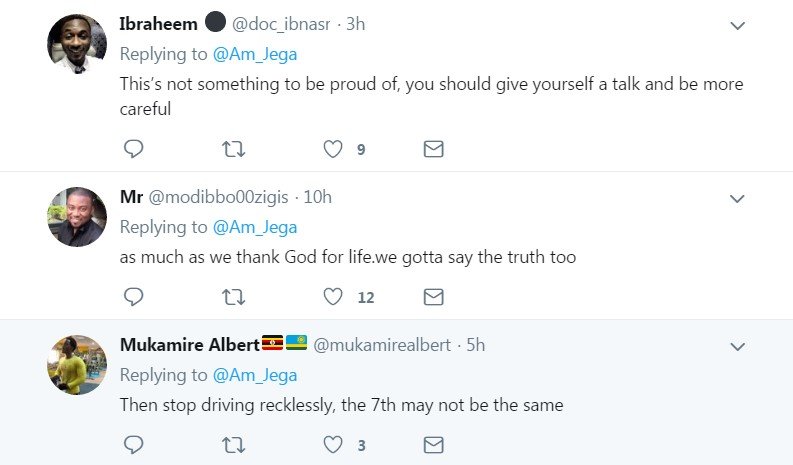 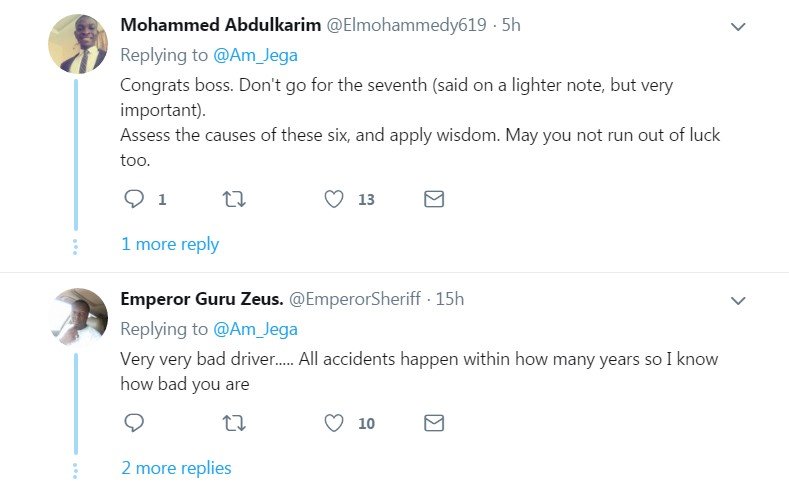 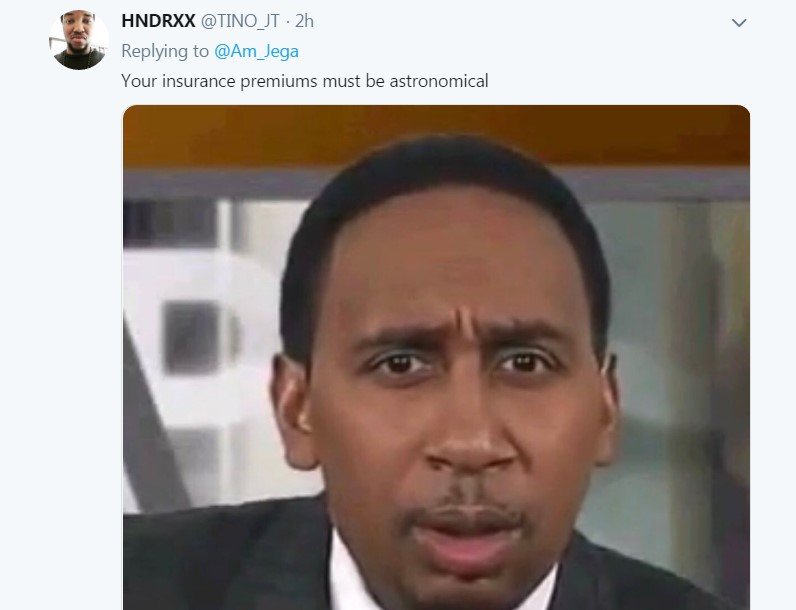 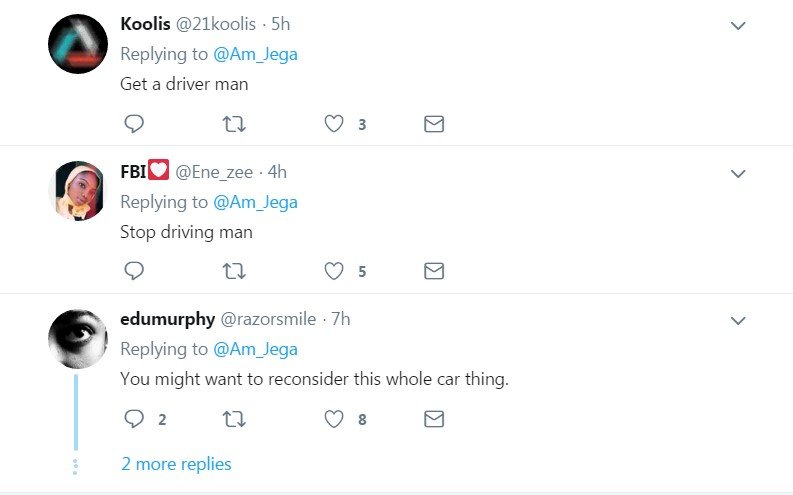 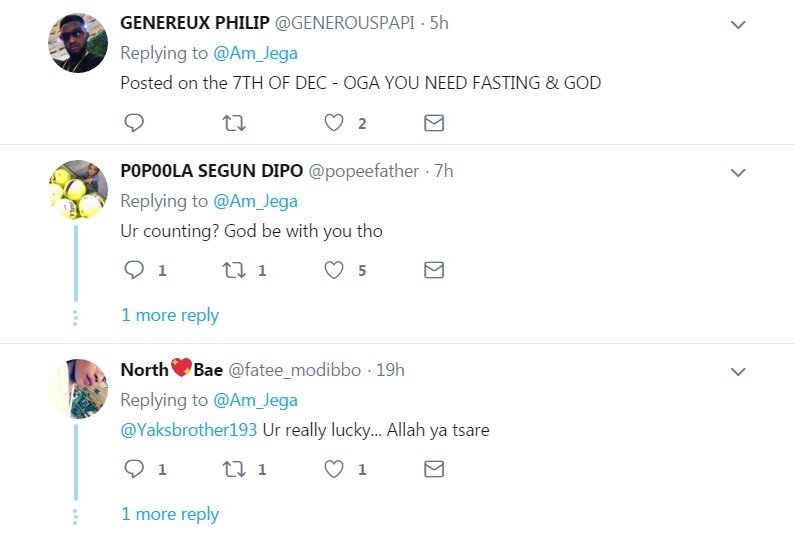