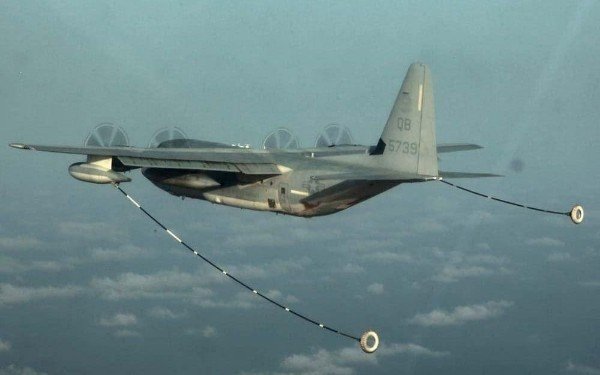 2 US Marine Aircrafts – an F/A-18 fighter jet with two crew onboard and a KC-130 Hercules refuelling tanker with five crew, collided and crashed into the sea off Japan on Thursday during a routine training operation.

The two millitary planes were conducting a routine aerial refueling training when the collision occurred around 100 kilometres (55 nautical miles) off the cape of Muroto in southwestern Japan.

A US F-35 Jet Fighter Worth ₦36b Crashes For The First Time,Pilot Ejects Safely

One Marine was rescued while another one has been declared deceased.The US military and Japanese Self-Defense planes and vessels are currently searching for the other five missing US Marines.

The F/A-18 aircraft is a multirole combat jet can act as a fighter or an attack aircraft ,while the KC-130 tanker plane is designed to refuel both fixed-wing, tilt-rotor and rotary-wing aircraft using the probe and drogue technique.