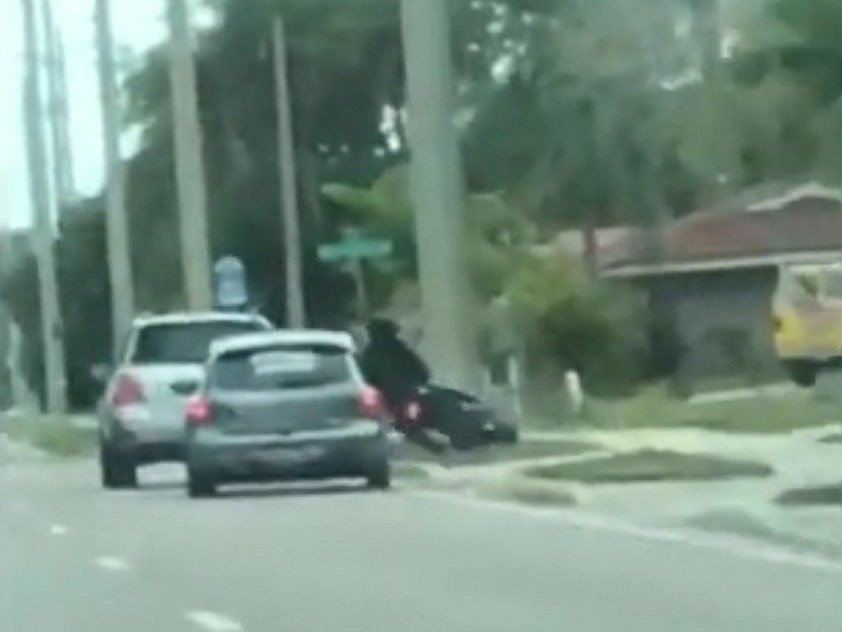 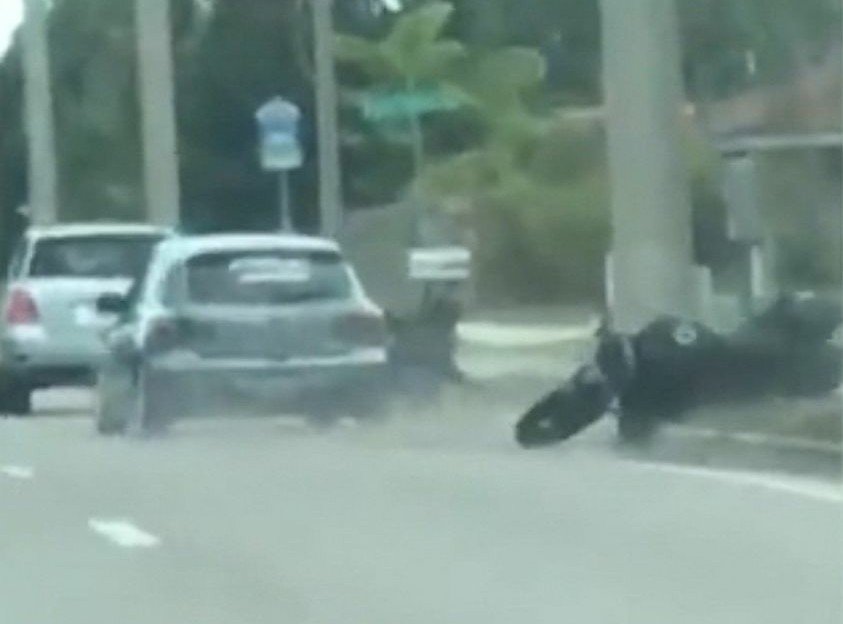 Detectives in Florida arrested 30 year old Magdiel Medrano-Bonilla in connection with the road rage and crash video that went viral on social media about two weeks ago after a witness recorded it as it happened.

The video showed the motorcyclist changing lanes and driving alongside a Mazda when he motioned for the car to pull over, swinging his arms toward the vehicle.

The Mazda eventually swerved toward the motorcyclist, hitting him and throwing him off of his bike.

The motorcyclist was taken to the hospital for a hyperextended knee, possible fractured ribs and severe road rash.

” he pelted me with a bunch of metal.” “I really just don’t understand it, how a human can do that to another human”

The police has charged the Mazda driver who is also an illegal immigrant from El Salvador with operating a motor vehicle without a valid license and an intentional injuries to a fellow driver. His bond has been set at $20,000.

The scene above shows it’s better to avoid arguing in traffic because, some drivers tend to throw caution out the window when arguments get heated.

See The Current State of The Obalende Bus Terminal