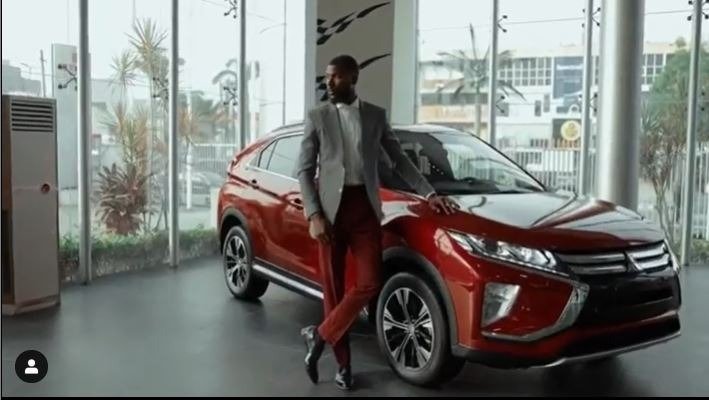 Mike who hails from Lagos state Nigeria but resides in Manchester, United Kingdom, was a participant in the 2019 Big Brother Nigeria show.

The 29-year old made the announcement in an Instagram post. In the post, the reality TV star revealed his delight to join the world-renown automobile brand as their ambassador.

In his caption, he wrote:

“Absolutely delighted to join the @mitsubishi_motors_nigeria family. They dared to support an idea that most thought was crazy. To all the go-getters out there, this one is for us. #DriveYourAmbition @mitsubishimotorsofficial #ManLikeMike “

He also posted a video of an advert he featured in for the Japanese company.

In the video, Mike appears in a grey jacket and red trousers standing in front of a Mitsubishi car with his voice in the background talking about the brand.

Watch the video ad below.

Mike is a professional athlete. He owns the first Black-owned cigar line in the United Kingdom.

According to him, the highest point in his life was the day he got married to the love of his life, Perris Shakes-Drayton – an Olympian and a TV personality.

The lowest point in his life was when he was banned from representing Nigeria at the 2018 Commonwealth Games for representing Great Britain 10 years prior to the competition which made him ineligible to represent Nigeria as it 2018.