Mobolaji Olufunso Johnson was the first Governor of Lagos State. He was the governor from 1960 to 1975. He is regarded as the architect of modern Lagos.

His administration gave the city of Lagos a new international look through the construction of highways, bridges, and other modern infrastructure.

Brigadier-General Johnson was renowned as a symbol of integrity, uprightness, and honesty in government.

Following the Coup d’état of July 1975, the administration of Murtala Mohammed commissioned a 3-man probe panel to investigate the various allegations of corruption against all the State Governors.

Moboloji Johnson was one of the 2 state Governors (along Brig-Gen Oluwole Rotimi) found not guilty of corruption.

Autojosh.com, in celebration of the life and times of the first Governor of Lagos state, highlights some key achievements in the road/transport sector of the Mobolaji Johnson administration.

During his 9 years stint as the Governor of Lagos State, Johnson constructed the 60.7-kilometer Lagos–Badagry Expressway.

The expressway links Nigeria with the neighbouring countries like Benin, Ghana, and Togo. Work commenced on the road in 1969 work commenced on . The Lagos – Badagry highway, and it was originally meant to be a single carriageway but was expanded to a double dual carriageway. It was completed and commissioned in 1973.

A big display board was conspicuously positioned which dedicated the road to Lagos taxpayers, in order to encourage citizens to pay their taxes.

In 1968, Brigadier-General Johnson built and commissioned the Ito-Ikin Bridge. The bridge links Epe to Ikorodu in Lagos State. This made it possible for people to travel from one part of Lagos state to the other without having to pass through a neighbouring Ogun State.

Also, people visiting Lagos from the South and Eastern states needed not to go through Sagamu anymore. Instead, they can come in through Ito-Ikin Bridge from Ibeju-Ede and straight to Lagos.

The Mobolaji Johnson administration initiated the reclamation of the Marina waterfront when he sand-filled several meters into the shoreline.

This was necessary in order to build a public car park where people can park and take Ferry rides. Due to the exploding population, it was designed for make allowances for people who would ride in cars, park on the mainland and come by ferry into Lagos.

Mobolaji Johnson became governor after construction work had commenced on the Eko Bridge. But to his credit, he supervised and contributed to the conclusion of the Eko Bridge. Eko Bridge is one of three bridges connecting Lagos Island to the mainland, the other is the Third Mainland and Carter bridges. Eko bridge was built by Julius Berger Nigeria PLC. Incidentally, Mobolaji Johnson would later become the Chairman of Julius Berger PLC, a position he assumed in 1996. 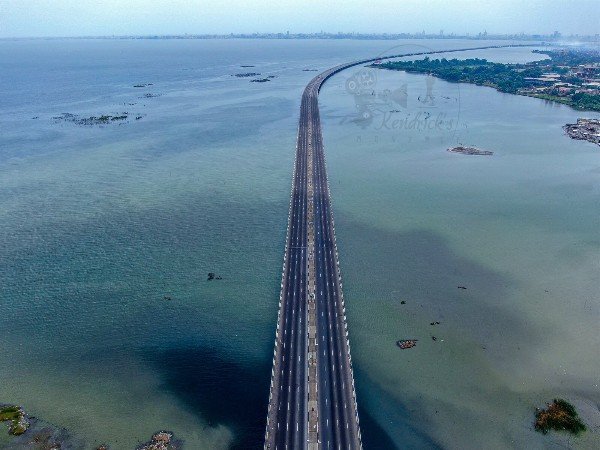 Mobolaji Johnson was a visionary that contributed to the idea of a bridge that connects Lagos Island and the Mainland.  But the idea did not materialize during his reign as governor. The Thirdmainland bridge has constructed and completed during the Gen. Babangida-led Federal government and theRaji-Rasaki-led Lagos state government.

Related Topics:bridgeCarriage-waydoubleekoIto-IkinJohnsonMobolajithird mainland
Up Next