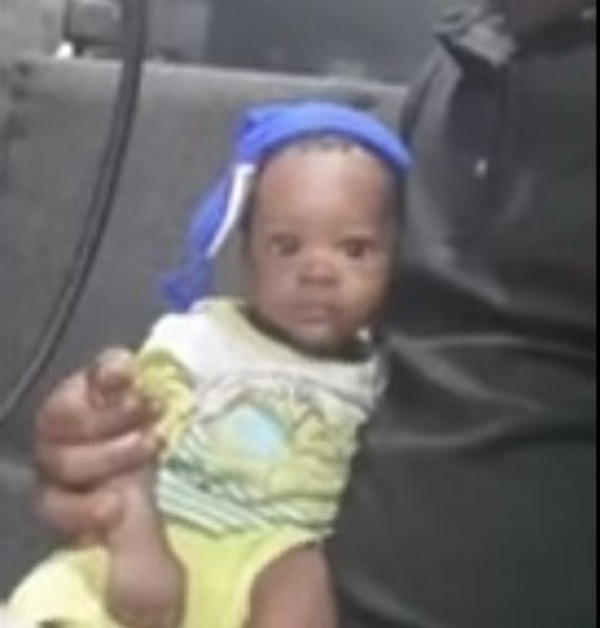 A mum allegedly forgets her baby boy in a commercial bus in Imo State, Do you know him?

It’s not known how the mother ended up forgetting her baby or whether the the baby was left purposely.

According to the driver of the bus, the baby was found at the back seat after making enquiries from the passengers where a baby’s cry was coming from.

The driver then took the baby, who hasn’t been named, to a radio station to help provide any information which may assist in identifying his mum.

Mum forgets her baby in a commercial bus in Imo State

It’s not known how the mother ended up forgetting her baby or whether the woman (or person) who brought the little baby boy in did it purposely.

A similar incident happened last year when a mum onboard a Saudia Flight from Jeddah to Kuala Lumpur realised she has left her baby in the boarding area at the terminal of the King Abdul Aziz International Airport.

The pilot had to radio back to air traffic control in Jeddah, in Saudi Arabia, to tell them he was heading back.

BlackBerry And Amazon Team Up On Smart Car Software Platform