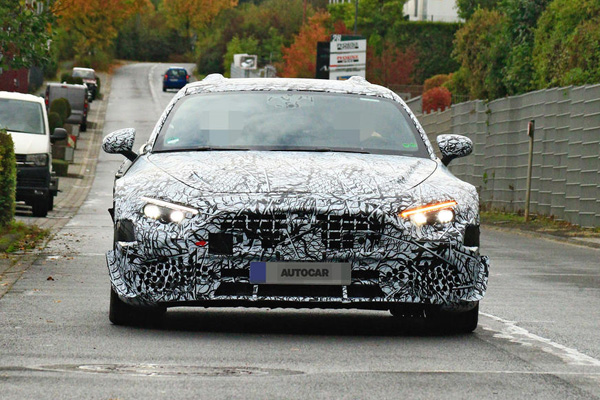 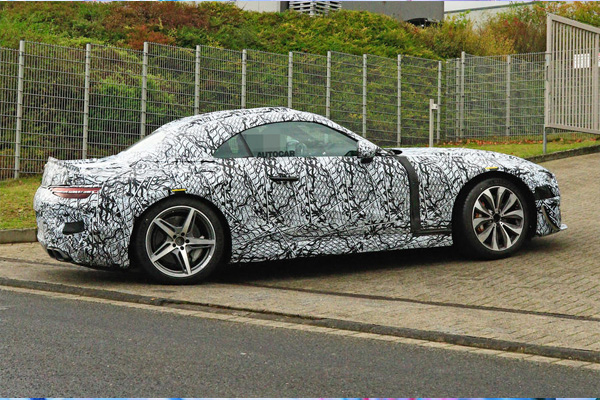 New spy shots of the 2021 Mercedes-Benz SL have been released. This is coming ahead of is official reveal next year.

The release gives us a look at the upcoming eighth-generation SL.

This early prototypes of the new SL were spied while been tested on track. It features the new platform underneath a shortened S-Class Coupé body.

The spy shots gave away little about the car’s mechanical set-up. The car’s mechanics is rumoured to run a transaxle arrangement with a dual-clutch automatic gearbox integrated within the rear axle assembly, like on the GT.

However, the overall dimensions of the engineering mules suggest the production version will be slightly larger than the existing SL, which is 4630mm long, 1870mm wide and 1310mm tall. 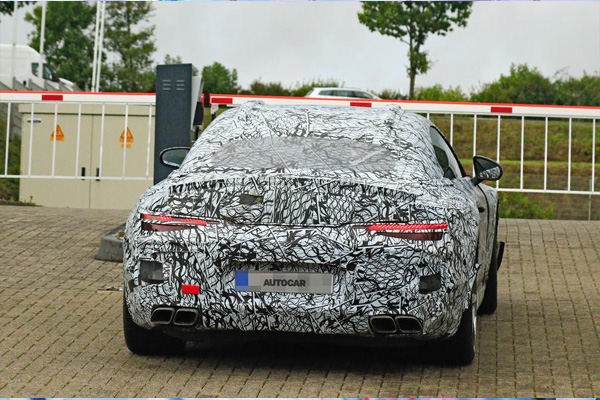 The prototype bears a strong resemblance to that which featured in official images released by Mercedes earlier this year. But for the first time the roadster’s removable roof can be seen undisguised. The SL shows a clear family resemblance to the AMG GT. Its sporty new exhaust tip design suggests this is the top-rung SL63 variant.

It is not clear what material the roof is made from. However, camouflage on previous prototypes seemingly confirmed previous reports that the SL will arrive with a traditional fabric hood. This will be in place of the folding hard-top arrangement that has been used for the past two incarnations.

The SL is set to be revived as a lighter, faster and more engaging model. This is partly inspired by the brand’s motorsport roots. It will be the first time AMG has overseen development of any SL across its previous seven generations.

Under its thinning camouflage, the 2021 Mercedes-Benz SL shows off a long, sloping bonnet, prominent rear haunches. It also has an angular front grille design. The rounded rear end is similar to that of the Mercedes-AMG GT sports car, which will share a platform with the SL in its next iteration. 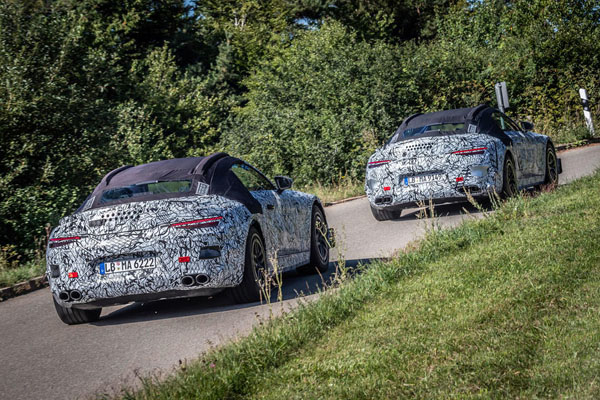 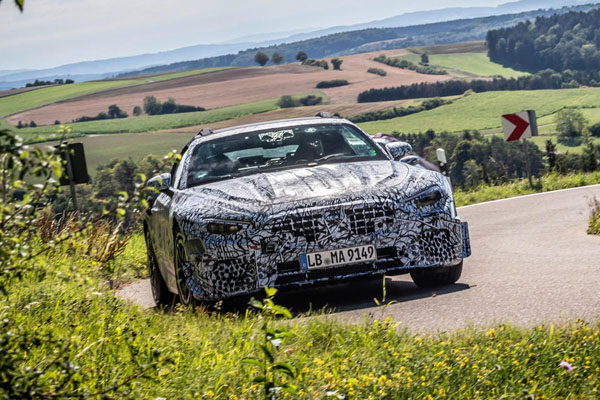 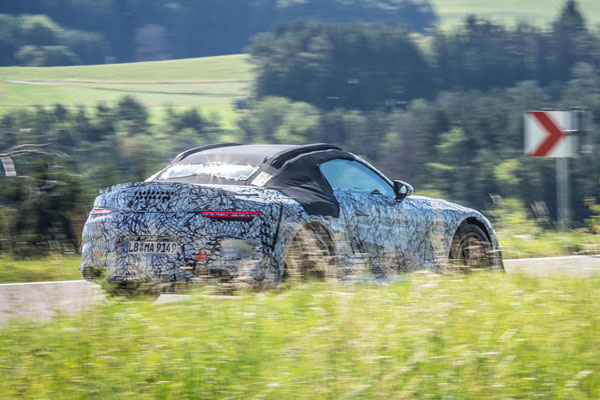 BMW X8: Checkout The New SUV That Is Set To Rival The Bentley Bentayga (PHOTOS)