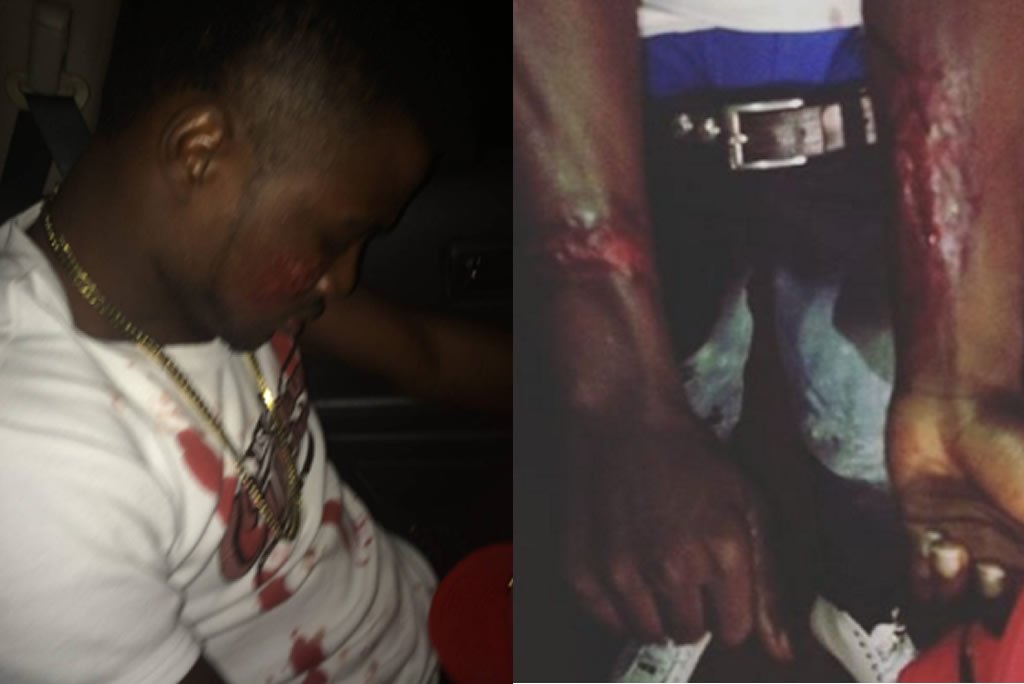 Maido who is an artist took to his Instagram page to share his brutal experience with Nigerian policemen. He alleged, that he was attacked because he refused to surrender his phone. He wrote;

“Yesterday was the worst day of my life, infact I almost lost it. At about 7pm I was driving along lagos-Ibadan express way with a friend, when we noticed a car closing up on ours and someone waving to us, asking us to stop.

After I took sometime to observe I suspected it was the police and I pulled over. Actually they weren’t even in a police vehicle so I couldn’t have noticed early enough. They were armed, one of them furiously came to me shouting. He said they have been trying to stop me or chasing me for a while. I was suprised because I did not notice at all.

There were three of them, only one was on uniform. They immediately started cursing and using vulgar words on us, they called us criminals for no reason, after so much interrogation they decided to do a search on the vehicle, I consented to that, and when they could not find anything incriminating in the car they demanded to search our phones.

I refused them checking my phone because they had already seized my friend’s phone for no reason, I simply tried to make them understand that my phone is my private property but instead of hearing me out, they resorted to physical assault. They hit me with all sort of objects including their guns, I had to do my best to leave the scene for my dear life.

I was terribly injured over a phone that wasn’t worth it at all, I equally lost my wrist watch. The question is, what wrong have I done by being a regular Nigerian young boy into entertainment. This police brutality has finally got to me and the world must know, Police brutality has to stop, its me today and it might be you tomorrow #StopPoliceBrutality#IdemandJustice #NigeriaPoliceForce#policebrutality