This is the shocking moment a Nigerian police hangs on top of speeding car in a desperate attempt to arrest a defiant driver.

Nigerian police officers often go to extreme lengths to clamp down on cars whose drivers are resisting arrests.

But one policeman has gone above and beyond what we’ve seen so far on the road and on the social media.

This shocking footage shows the moment a Nigerian police hangs on top of a fast moving car in a desperate attempt to arrest the driver.

Despite hanging on dangerously to the moving vehicle, the driver, who wore the look as if nothing had happened, kept on accelerating.

What happened after the short clip was unknown. But social media users have been quick to blast the dangerous attempt to arrest the driver. 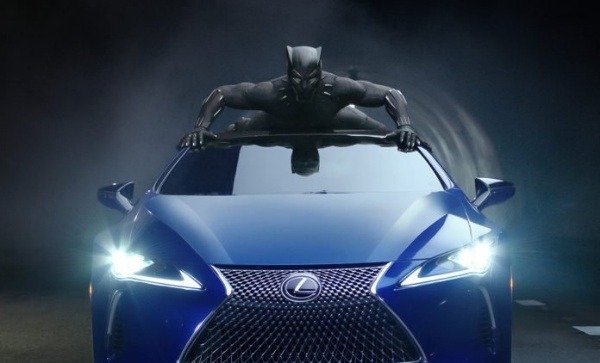 This video brings to mind Lexus’ partnership with Marvel Studios in 2018. The video featured the Black Panther hanging confidently on the Lexus LS 500 F Sport.

The commercial celebrates the Lexus LS 500 F Sport, a luxury performance sedan, that went on sale in February, 2018.

In a related news, a Nigerian policeman has been captured smoking cannabis Sativa; popularly referred to as marijuana, Indian Helm or “Igbo”, in a police van.

The trending video of the policeman smoking marijuana in a police van was also shared on the social media.

Ojukwu Or Emir Of Kano: Who Owned The Roll-Royce Used By The Queen Of England?