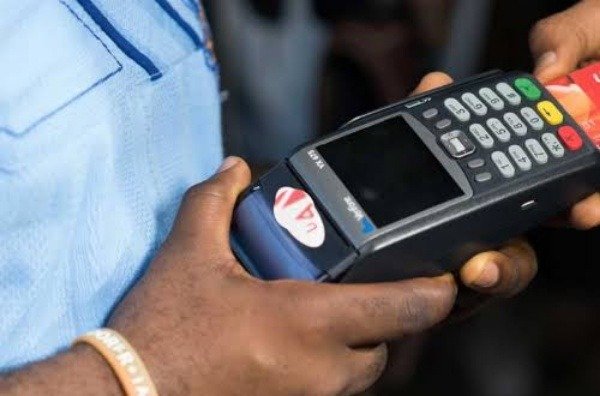 The Nigerian Police force has vowed to fish out the police officer trying to use his POS Machine to extort money from a passenger.

The Nigerian Police Force has reacted to a viral video of one of its officers that was trying to use his POS machine to extort money from a passenger. The suspect, who is still at large, was asking a young man for his ATM card on a busy road.

The Police Force, whose motto is “Police is your friend“, has assurred the general public of its commitment to bringing to book any officer found wanting in the discharge of his or her duties.

The security agency said in a statement that it has commenced investigations to unravel the authenticity of the video.

“The Nigerian Police Force has commenced investigations to unravel the authenticity of the video, location of incident and identity of persons captured in the viral video where some persons in Police uniform were captured, allegedly with POS machine and demanding ATM card from a member of the public.

“The IGP condemns all acts of corruption by Public Servants, particularly Police officers and is committed to bringing to book any officer found wanting in this regard.

“The police, however, urged members of the public to send relevant information that could assist Police investigators to [email protected] or kindly DM @policeNG”

The Nigeria Police Force is the principal law enforcement agency in Nigeria with a staff strength of about 371,800. There are plans to increase the force to 650,000, by adding 280,000 new recruits to the existing ones.

Delta State Plate Number Codes And What They Mean