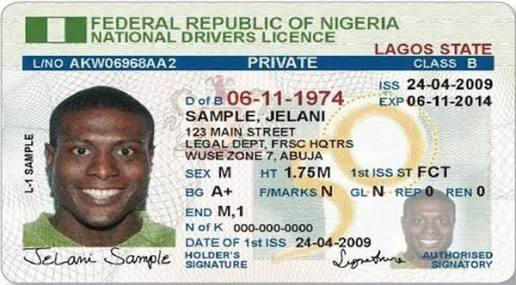 In the spirit of the continuous revamping of processes of public ventures and ease of making transactions which has seen the Nigerian Immigration service launch a 48-hour online visa application system for businesspersons, the Federal Road Safety Corp has introduced a new and easier way of requesting and renewing driver’s license in all the states of the federation.

The improved means which was announced by the Director-General of Bureau of Public Service, Dr Joe Abah through his Twitter handle (@DrJoeAbah) has the official costs of a driver’s license at N6,350 for 3 years validity and N10,450 for 5 years validity.

Explaining the costs and the process, Dr Joe Abah stated the price above is solely for the license and not for any other thing. In essence, the process may incur other expenses which are by no means catered for in the 6,350, and 10,450 price groups respectively.

First-time applicants are expected, as a norm, to have gone through driving school where they must have taken driving tests and issued certificates of proficiency which will allow them to apply for the license. All costs incurred during this process are not covered by the license fee.

Dr Abah explained further that it is possible for Vehicle Inspection Officers who control the issuance of driving certificates at states level to charge certain amounts on certificates, which vary per states for driving certificates, different from the license fee. The state internal revenues board may also charge certain amounts for each license. This also varies by state. Taking driving lessons and tests are the normal procedure for the procurement of a driving license. The will to fraudulently bypass this process is taken as the main reason some applicants pay touts and fake officers double the stipulated fees.

The process for renewal is similar to that of new applicants except for the tests and certificates. For renewals and new applications, motorists are to log on to www.nigeriadriverslicence.org where they would initiate their renewal and pay the appropriate fees. The data page is then to be printed and taken to the nearest FRSC office for the necessary confirmations and affirmations.

In all this, however, the interesting part is that the application can now be self-initiated, with only minor confirmations, certifications, and tests to be completed at the branches of the Federal Road Service Corp. This will not only fast-track the process of applying for a license, it blocks, to an extent, avenues for corrupt officials to extort Nigerians.

What You Need To Know About Your Car Engine Oil